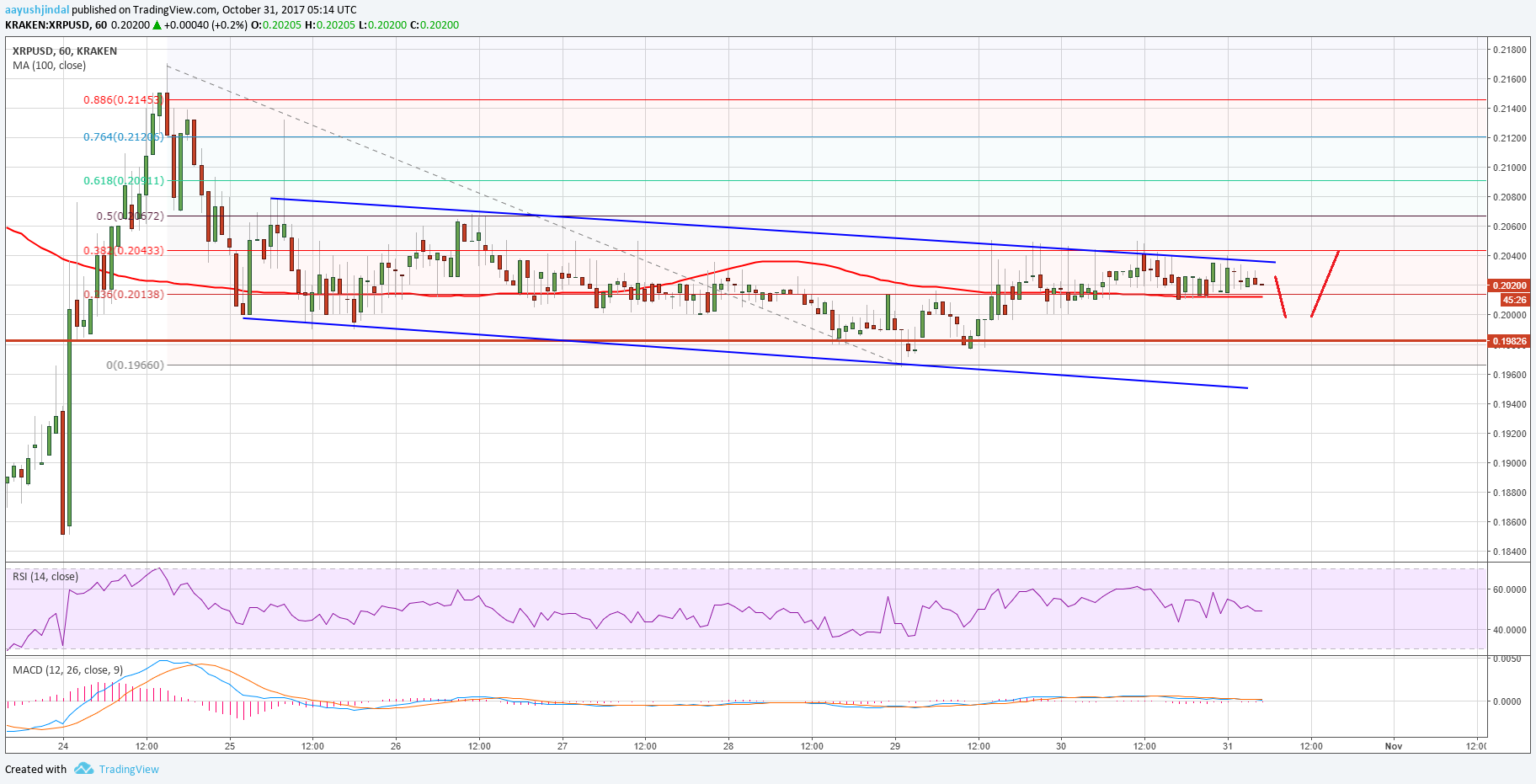 Ripple price is moving inside a range against the US Dollar and Bitcoin. XRP/USD must stay above $0.1960 to gain further traction in the near term.

We saw the start of a consolidation phase in Ripple price below the $0.2050 resistance against the US Dollar. The price remained in the range pattern and was not able to move above the $0.2050 resistance. Moreover, yesterday’s highlighted major channel with current support at $0.1965 is still active on the hourly chart of the XRP/USD pair. Hourly MACD – The MACD for XRP/USD is flat with signs of a range pattern.