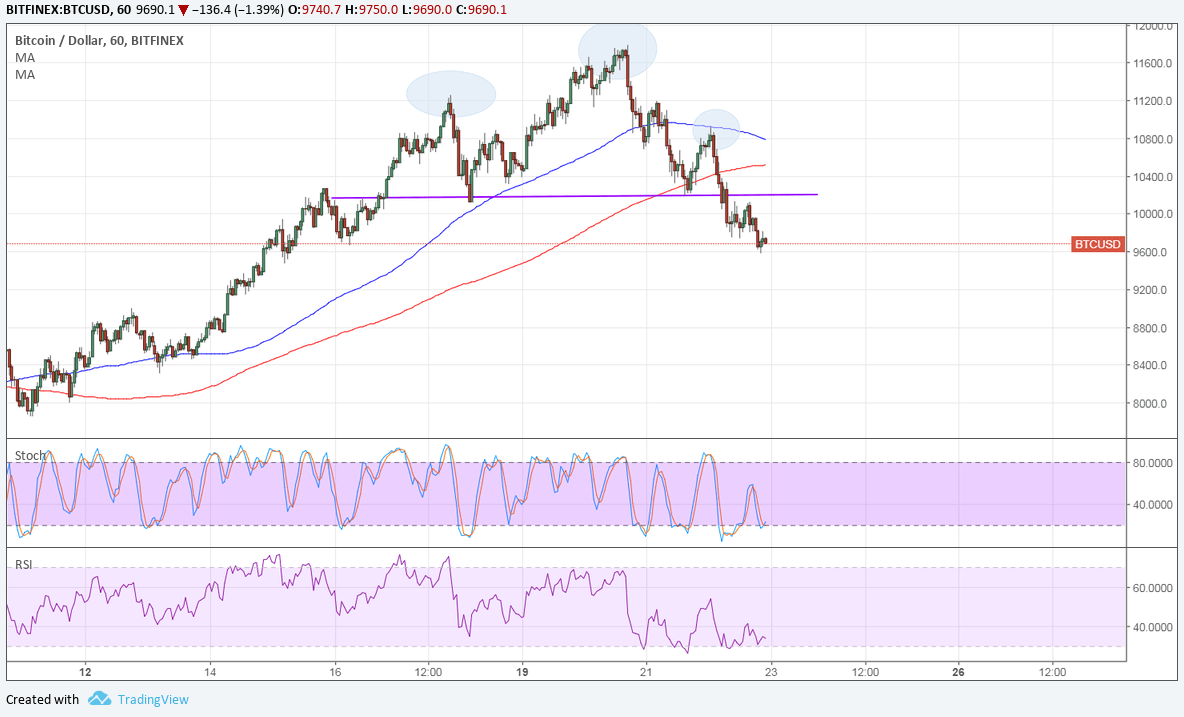 Bitcoin price broke below a short-term head and shoulders pattern to signal that more losses are in the cards.

The 100 SMA is above the longer-term 200 SMA to show that the path of least resistance is to the upside or that the rally could continue. However, the gap between the moving averages has narrowed to show that bearish momentum could kick in.

Stochastic is hovering around oversold levels and could turn higher to show that buyers are ready to get back in. RSI is also in the oversold area, which means that sellers are exhausted.

In that case, a pullback to the broken neckline around $10,250 could happen before selling pressure gains more traction. The US dollar gave up ground to most of its peers in recent trading sessions as risk appetite picked up. However, bitcoin price failed to benefit from this as profit-taking is being blamed for the recent drop.

Zooming out to the longer-term charts shows that price hit a long-term area of interest at $12,000, which prompted some liquidation orders. This marked the second straight day of declines for bitcoin as positive sentiment over the recent regulatory news appears to be fading.

With that, bitcoin price could need a fresh positive catalyst before resuming its rally. Otherwise, it could revisit the lows closer to the $6,500 level as more and more officials are expressing their doubts about the cryptocurrency.

Apart from that, the SEC charged former cryptocurrency exchange BitFunder and its founder Jon E. Montroll with fraud for running the operation as an “unregistered securities exchange” and allegedly defrauded clients.