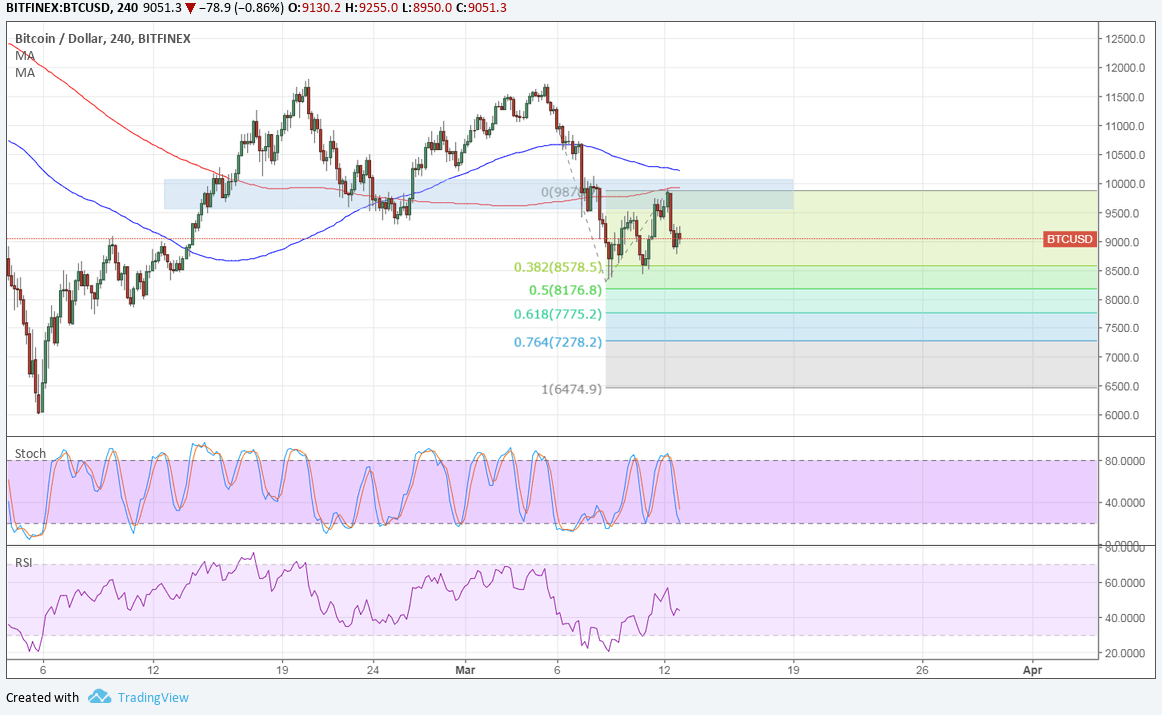 Bitcoin price could have more losses in the cards as it failed to bust through an area of interest.

The 100 SMA is above the longer-term 200 SMA to signal that the path of least resistance is to the upside. However, the gap between the moving averages is narrowing to signal fading bullish momentum and a potential downward crossover. These moving averages are also close to the area of interest around $10,000 to add to its strength as a ceiling.

Stochastic is on the move down to show that sellers have the upper hand, but RSI seems to be headed north. Turning lower could still draw bears to the mix and lead to a continuation of the decline. The US dollar was actually weaker against its peers but bitcoin price was unable to take advantage of this. Reports that a big player dubbed “Tokyo whale” has been selling massive amounts of the cryptocurrency are being blamed for the recent slide, but there are also rumors that he has stopped dumping bitcoin.

As it turned out, a trustee of former bitcoin exchange Mt. Gox sold more than 35,000 bitcoin worth $400 million to pay off creditors still needs to liquidate the remaining 166,000 bitcoin.

Meanwhile, the US currency has its CPI and retail sales reports to contend with and traders seem to be bracing for weaker than expected results. If so, tightening expectations could take a hit and allow BTCUSD to recover.

Tags: bitcoin pricebitcoin signalsbitcoin technical analysisbitcoin tradingbtcusd price
TweetShare48
BitStarz Player Lands $2,459,124 Record Win! Could you be next big winner? Win up to $1,000,000 in One Spin at CryptoSlots