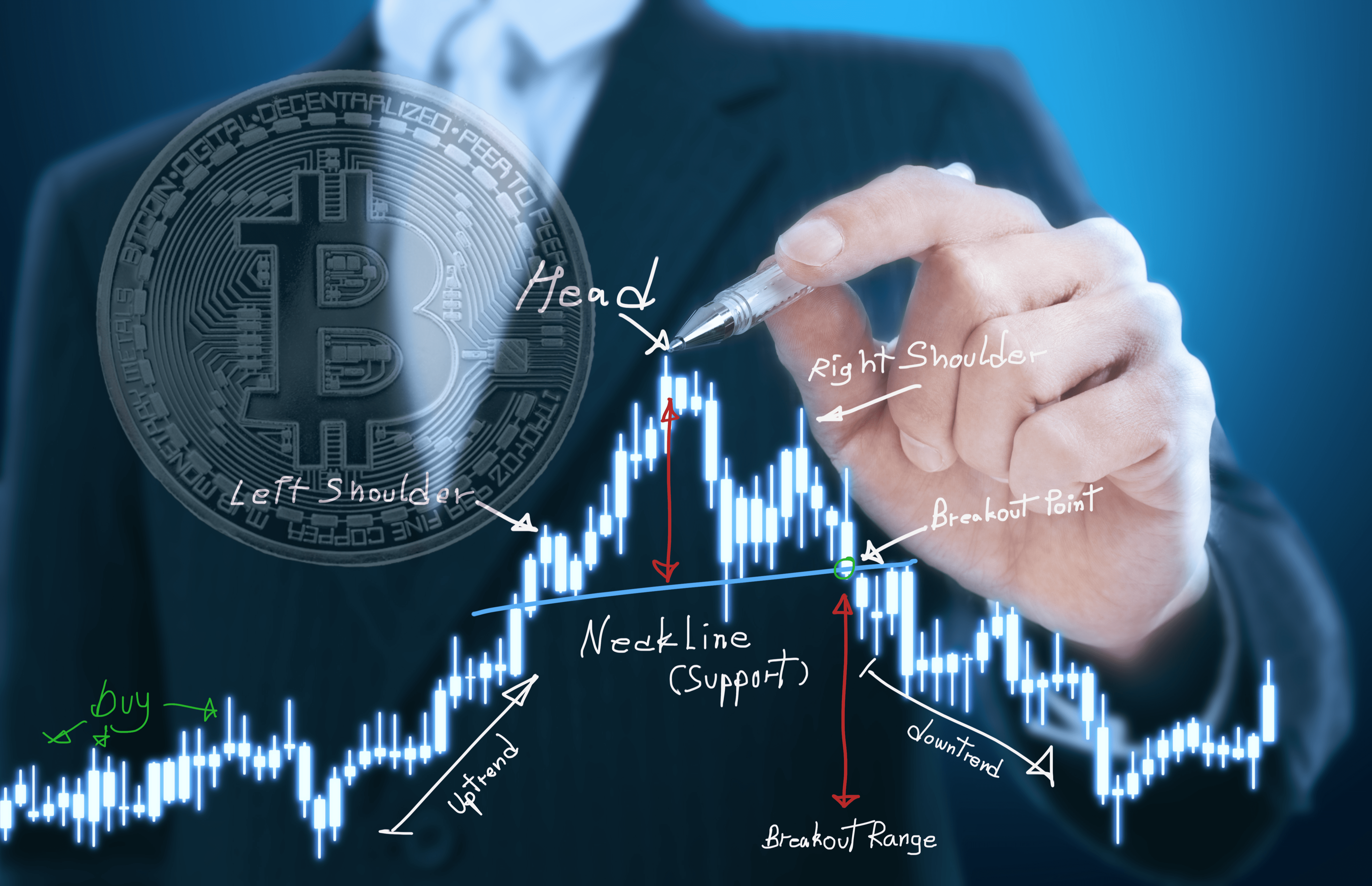 In the early hours of the morning, Bitcoin exploded upward to $8,000 from a double-bottom local low set over the weekend around $7,500. The rally upset overly bearish crypto investors and traders who had been expecting further downside in the price of the first ever cryptocurrency.

The brief, yet powerful green candle may have shocked bears, an ominous and massive head and shoulders has been forming on the price charts of Bitcoin and other leading crypto assets, suggesting that the bears may soon have their party, and the crypto market may see a sharp drop lower if the formation is completed and confirms.

Oftentimes, the best move for investors is to take a contrarian stance from the rest of the market. Much like calls for million-dollar BTC were signals the last bull market top was in, calls for sub-$1,000 Bitcoin was equally exuberant.

But it’s when the majority of the market is expecting it to trend in a specific direction, more often than not the market moves in the opposite direction.

when bears get cocky and my feed is 80% filled with 6k calls things like this happen.$btc pic.twitter.com/l8UiVc4MID

After over 100% growth in just two months and a broken parabolic rally, the entire crypto market is anticipating a significant drop in Bitcoin – with many calling for targets of $6,000 and lower.

Sentiment was a little too bearish after that weekly close

Even I expected further downside

Range remains the same and would like to see a daily close above $8200 pic.twitter.com/z4HONOT4HJ The calls for $6,000 were quite preemptive as Bitcoin hasn’t yet broken below $7,400. In fact, a poll posted just moments before the sudden surge heavily skewed toward $7,200 over $8,000 as Bitcoin’s next target. The votes have since evened out as the poll is still live, and not even an hour after the poll was posted, Bitcoin had already touched $8,000.

Bitcoin bulls may have bested the bears once again, if a massive head and shoulders that is forming on the price charts of Bitcoin and other major cryptocurrencies plays out, bears will soon be having a parade at the expensive of the bulls.

So NOW we gettin a head and shoulders…. pic.twitter.com/G9DkWxNHG7

The powerful bearish reversal pattern began at the start of May when Bitcoin breached resistance at $6,000. A quick rise to around $8,200 happened, before the leading crypto by market flashed crashed forming the left shoulder.

The surprisingly resilient crypto asset, then bounced back to over $9,100 before a violent rejection put the entire two-month rally in jeopardy.

Heading, no pun intended, into the right shoulder of the Head and Shoulders pattern should happen soon. After that, all bets are off. Could still take a week or so to develop. Expecting choppy higher prices this week. Proceed with caution.#BTC pic.twitter.com/9Z7lZoRhtP

After falling to local lows below $7,500, Bitcoin has now revisited above $8,000 twice, signaling that the bulls are still putting up a fight – however, a break above $8,200 is required for the enormous reversal pattern to be invalidated.

Tags: bitcoincryptoDave the Wavehead and shouldersPeter Brandtreversaltechnical analysis
TweetShare58
BitStarz Player Lands $2,459,124 Record Win! Could you be next big winner? Win up to $1,000,000 in One Spin at CryptoSlots