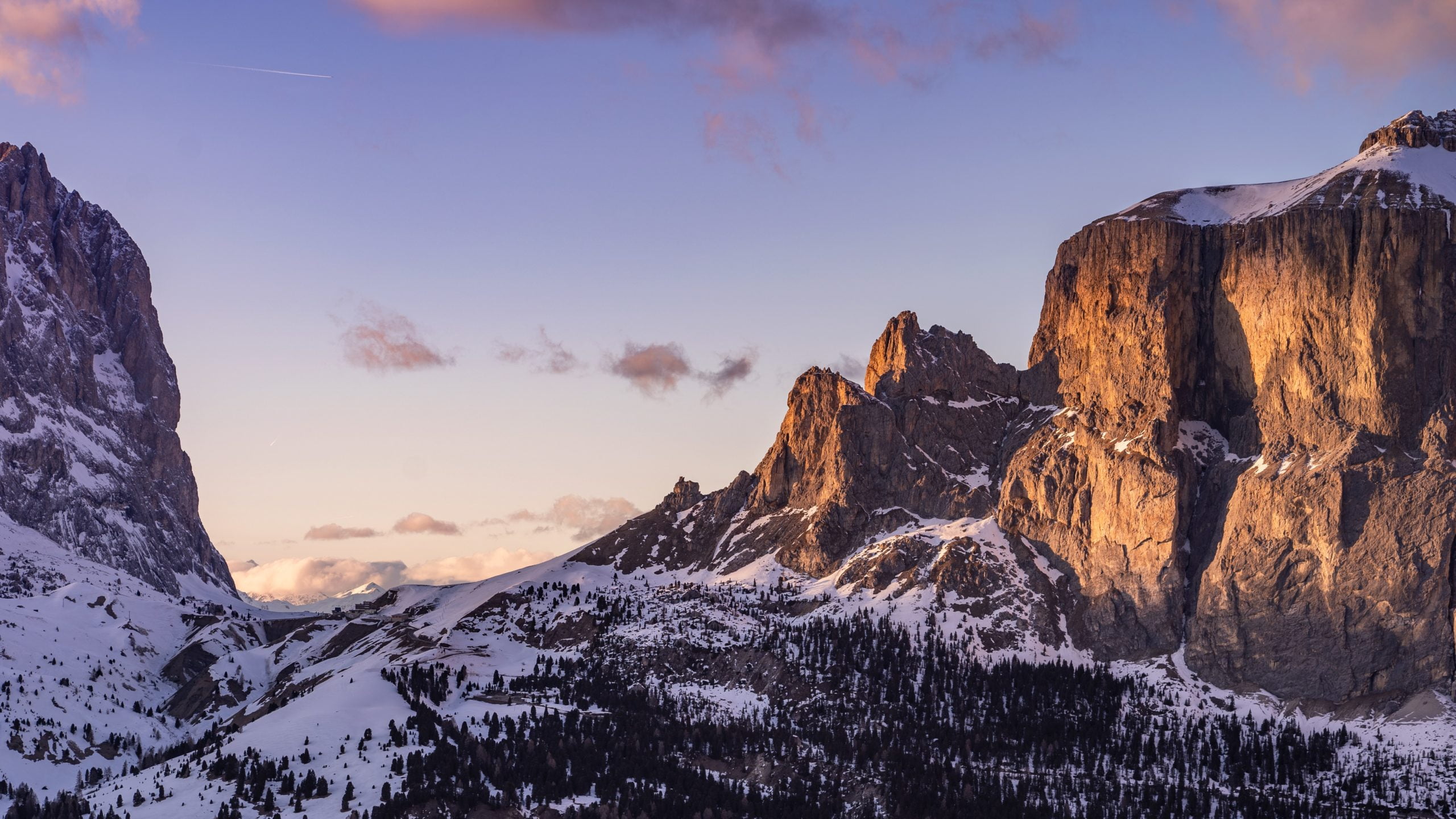 Ahead of Bitcoin’s block reward reduction or “halving,” BTC has performed extremely well.

As this outlet reported previously, the cryptocurrency just printed its seventh consecutive week of gains. This is a technical feat last seen in April 2019, prior to the 300% bull market of that year.

Calls have been mounting for Bitcoin to pullback, with Bloomberg writing how the asset is overextended to the upside, yet a “pristine” chart pattern predicts a massive breakout on the date of the halving.

To many, Bitcoin’s price action over the past few years has been sporadic.

Yet according to a new analysis by Alex Fiskum, a global macro investor based in Hong Kong, the cryptocurrency’s price action ever since the 2017 bull market has fit into a textbook chart pattern: a “pristine 3-year Symmetrical Triangle.”

As Investopedia describes, symmetrical triangles are patterns marked by two, similarly-sloped converging trend lines that eventually meet at an apex. An asset trading in such a triangle bounces between the trend lines until a breakout.

Bitcoin’s current triangle, one of the most important long-term patterns, is shaping up to be rather positive though.

Fiskum indicated that chances are, due to the fact that BTC is nearing its apex and is at the top of the triangle, the cryptocurrency has a high chance of breaking above this textbook pattern.

Now add the fact that the Bitcoin block reward halving is apparently arriving at the exact time the cryptocurrency is expected to interact with the triangle, and you have a recipe for a massive breakout.

He indicated this scenario below. 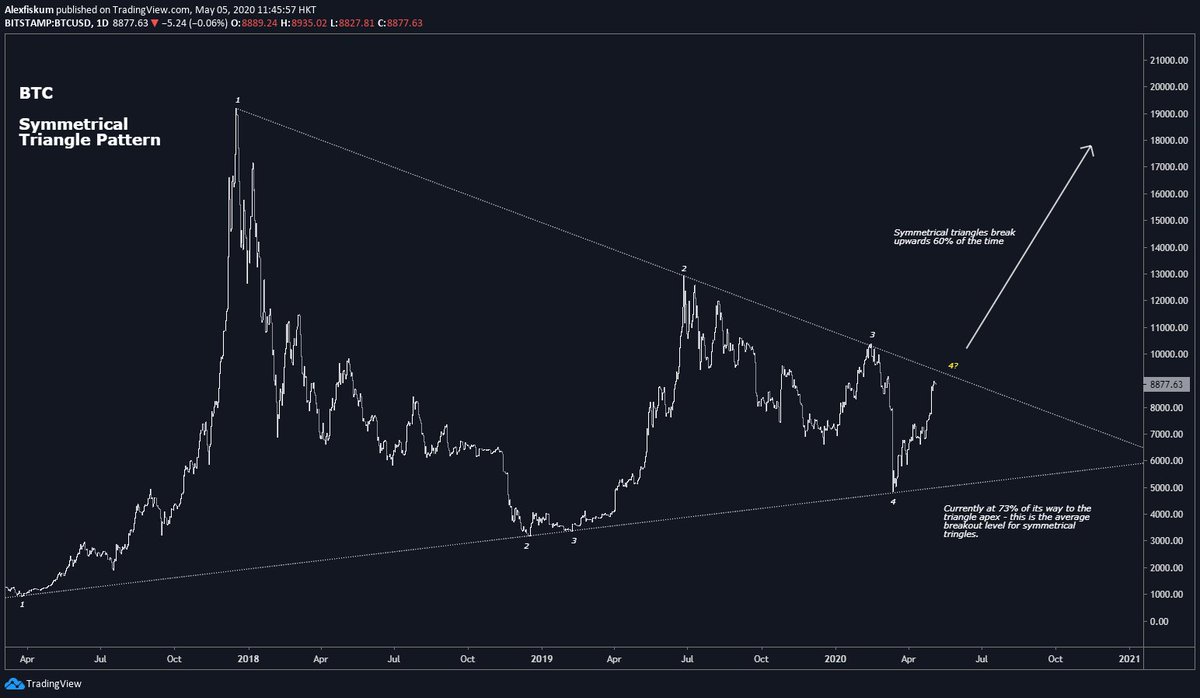 As this triangle that BTC is trading in is extremely long term and covers a big price range, the breakout should be explosive, and will likely catapult towards the $20,000 highs, as Fiskum depicted.

The Fundamentals Are Equally as Bullish

Equally as bullish are the fundamental trends.

The Federal Reserve just committed to even more money printing in the weeks ahead.

In a statement last Wednesday, Jerome Powell, Chairman of the Federal Reserve, warned that the U.S. economy is currently in its worst rut in history due to the outbreak of COVID-19:

“We are going to see economic data for the second quarter that is worse than any data we have seen for the economy. There are direct consequences of the disease and measures we are taking to protect ourselves from it.”

In response, the leader of the world’s largest central bank added, the Federal Reserve will continue to keep interest rates low, to keep creating capital facilities, and to keep injecting liquidity into the cogs of the global economy.

Analysts expect for this money printing to boost the value, both intrinsically and actually, of the scarce Bitcoin.

Add to this the fact that Bitcoin’s inflation rate will be cut in half with the halving while the amount of fiat money increases and, analysts say, you have a recipe for success.

Tags: bitcoin pricebtcusdbullishhalvingsymmetrical triangle
TweetShare44
BitStarz Player Lands $2,459,124 Record Win! Could you be next big winner? Win up to $1,000,000 in One Spin at CryptoSlots