Acronis to Use Blockchain for Data Protection 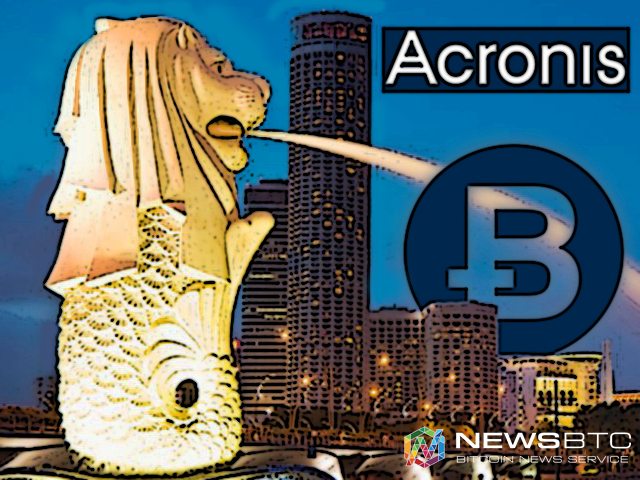 A Singapore-based firm has expressed its interests to experiment with blockchain technology to strengthen its data storage and security services.

Acronis, as the name is titled, has recently employed a research and development facility to look into the Bitcoin’s distributed ledger technology, while focusing on creating tools that can be used to protect data from getting corrupted, stolen or compromised.

Is it something new? Yes!

The concept of using the blockchain technology for data storage and security is a bit unconventional at the moment. But, it is also the most plausible option, a progression of the inherent features of blockchain being utilized for preserving data other than the bitcoin transaction data.

The blockchain was initially created to maintain a record of all the transactions happening over the bitcoin network. In order to prevent double spending, the Blockchain verifies each new transaction against the existing transaction data to confirm its legitimacy. To be capable of such tasks, the blockchain has to be immutable and secure (which, it is), ensuring the data stored on it is timestamped and stored for perpetuity.

The same qualities of blockchain have been extrapolated to meet the real world applications with similar requirements. Acronis as a part of its research and development of blockchain technology based solutions for data protection will be working with custom blockchain handling types of data other than bitcoin transactions.

The distributed ledger technology allows multiple users have a copy of the blockchain, creating multiple copies of the data present on the blockchain and every time new data is added, it is synchronized across all the devices that are part of the network. This will eliminate the possibility of data loss. Also, the encryption protocols integrated into the blockchain will allow only those with the right key to access the information stored on it. In addition to permanently storing data over the blockchain, Acronis will also be able to include access controls and version controls into its data management system.

In a statement published in one of the tech magazines, the CEO, and Co-founder of Acronis, Serguei Beloussov said:

“When harnessed to its full potential, blockchain will bring levels of data authenticity, privacy and control to data protection that we have not seen before.”

Acronis will soon be developing a prototype data protection software built on distributed ledger technology. The company intends to offer this prototype as a proof of concept to its customers so that they can experience the power of blockchain backed data protection application. By doing so, Acronis intends to not only reduce the cost of data protection services but also make it more robust and bring it up to speed with the latest technology solutions.

Many data management solutions providers have already started exploring the use of blockchain technology for record keeping and management applications. The technology heavyweights like Microsoft, IBM, and Red Hat are also heavily invested it. We can expect more them to join the list soon.