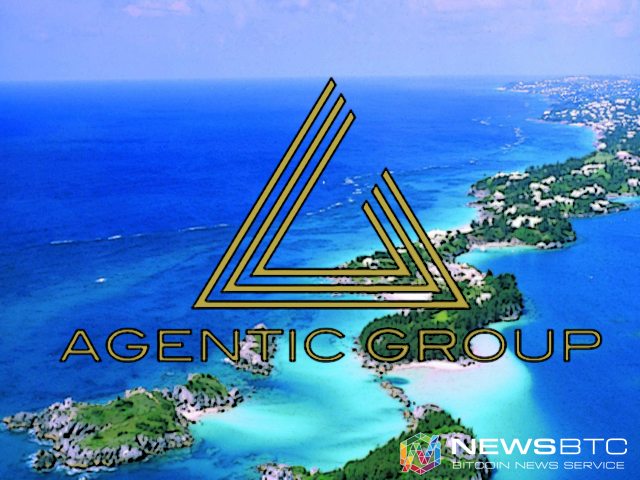 Agentic Group, an elite global consortium of the global blockchain, cryptocurrency, and related companies has entered into a partnership with the Government of Bermuda to offer training on blockchain and digital currencies while fostering the digital currency ecosystem in British Overseas Territory of Bermuda.

The New York-based Agentic Group, as a part of the collaboration will be working closely with the Bermuda Monetary Authority to leverage the benefits offered by blockchain technology with an intention of putting Bermuda on the world fintech map as a prominent player.

According to the consortium’s press release, Agentic Group will be working closely with Bermuda’s startup ecosystem by starting a digital currency incubator along with a blockchain startup facility. In the press release Rik Willard, the Founder and Managing Director of Agentic Group was quoted saying;

“We were delighted to meet with the Bermuda Monetary Authority to discuss how these growing industries could put Bermuda on the map as one of the leading Fintech hubs, specializing in cryptocurrency and blockchain…We look to working closely with government to establish both a digital currency incubator and blockchain startup facility in Bermuda.”

The consortium has over 30 member companies from a wide range of cryptocurrency, finance and other allied sectors, all working towards creating the ‘Internet of Value’ by leveraging big data, smart media, digital currencies and blockchain technology. Apart from offering education and training services on these domains to companies and private fund managers, the consortium also offers consultation services for corporations, governments and non-profits.

The latest move by Agentic Group perfectly aligns with the playbook of digital currency and blockchain technology based service and solutions providers. With the increasing adoption of blockchain technology by the fintech industry, these smaller territories well-known among the business community as offshore investment vehicles can benefit a lot by adopting the technology.

By implementing distributed ledger solutions for trade, governance and administrative application, they will be able to maintain up-to-date records of all the business entities and holdings registered in the territory. It will not only help these regions to get rid of the ‘tax haven’ tag, generally associated with them, but also becomes easier for the companies and entities registered in the region to manage operations from anywhere in the world.

With every record registered on the blockchain, both regulatory authorities and the promoters of business entities can access, modify, monitor and manage the company records in real time. Increased transparency will also help territories like Bermuda to play an active part as a global financial hub, driving the region’s economy.

Even for companies and entities like Agentic Group, these places mean less bureaucracy to deal with, making it easier for them to offer their services. Nevertheless, they still count as small wins, which will later on influence bigger economies to consider the adoption of blockchain technology based solutions.