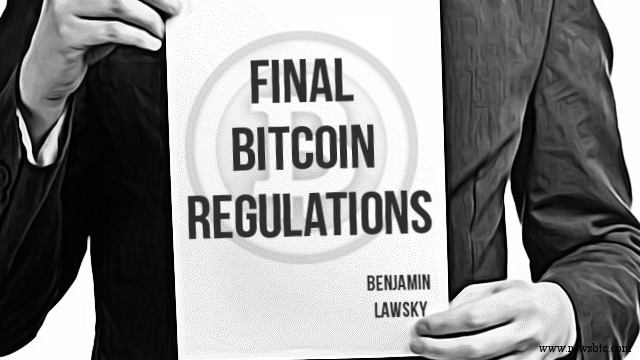 The rules and regulations will govern only the financial intermediaries associated with Bitcoin and other virtual currencies.

Mr. Lawsky said: “The emergence of digital currency and other new forms of payments technology represent an important test for financial regulators such as NYDFS. We have a responsibility to regulate new financial products in order to help protect consumers and root out illicit activity. However, by the same token, we should not react so harshly that we doom promising new technologies before they get out of the cradle.”

The final version of BitLicense would not cover software developers, individual users, or merchants accepting Bitcoin as a payment.

Another positive revelation was that the cryptocurrency businesses would not require prior approval from the state for software updates, but will be needed for significant changes such as a wallet firm offering exchange operations.

Benjamin Lawsky reiterated that regulations will go a long way in promoting Bitcoin adoption and foster healthy competition between the companies. He hoped that the wary consumers will look to adopt Bitcoin and other cryptocurrencies post the licensing, and when the licensed companies report a bigger customer base, it will only push other companies to adopt the framework and apply for the license. This in turn, will ensure that the companies operate in a competitive environment while the interests of the consumers remain safeguarded.

Companies following the NYDFS regulations will be able to accept customers from the entire US, subject to condition that the state governments have no objections. The department is also in talks with other governments regarding the matter.

Each application needs to be submitted with an initial fee of $5,000 to cover processing costs, reviewing application materials, and investigating the financial condition and responsibility, financial and business experience, and character and general fitness of the applicant.

The outgoing superintendent acknowledged that the current version of DFS rules may not be received warmly by all, but it is a good start. And as the industry and the businesses evolve, the rules can be modified accordingly.

The complete 44-page document of the finalized BitLicense can be viewed here.

Tags: Benjamin Lawskybitcoinbitcoin companiesBitcoin regulationsbitlicenseNewsnydfs
Tweet123Share196ShareSend
BitStarz Player Lands $2,459,124 Record Win! Could you be next big winner? Win up to $1,000,000 in One Spin at CryptoSlots