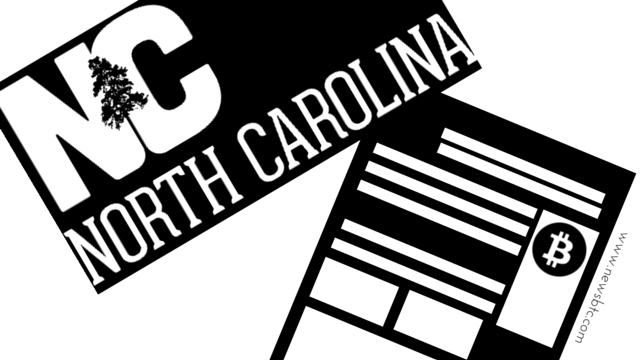 A recently drafted piece of legislation covering bitcoin regulation and cryptocurrency activity oversight has advanced in the North Carolina Senate. The Commerce Committee already gave its stamp of approval to SB 680, which was originally filed in March and gained a majority 117-1 vote from the state’s House of Representatives in May.

This bitcoin regulation bill would give the state banking commissioner authority over money transmitting operations, which span bitcoin exchanges and virtual currency creators.

While not as strict as New York’s BitLicense, the bitcoin regulation bill in North Carolina did spur some concern among cryptocurrency firms. The bill amends the state’s Money Transmitter’s Act from 2001 to include activity “involving a personal, family or household purpose”.

The bill’s primary sponsor is State Senator Rick Gunn while the House version of the bill was submitted by State Representative Stephen M Ross, who also acts as a vice president and investment officer at Wells Fargo.

Once passed, the bill would mandate minimum net worth requirement of $250,000 for applicants. Businesses would also be required to post a surety bond of $150,000, an amount subject to change based on future transaction volume. This is still pending approval from North Carolina Governor Pat McRory.

Bitcoin regulation usually generates mixed reactions, as some worry that this might restrict developments in the growing industry while some insist that some form of oversight is necessary. After all, the bitcoin network is a decentralized one, with no central bank or financial authority protecting consumers.

In addition, bitcoin has been clouded in controversy, starting from its prevalent use in the infamous Silk Road underground market to numerous incidents of hacking and fraud. Bitcoin transactions are anonymous, which makes it the currency of choice of those engaging in criminal activities. Having the government put laws in place to ensure that these crimes don’t go unpunished could increase the security of the system and enhance the trust of the general public.

Tags: bitcoin billBitcoin lawbitcoin north carolinabitcoin regulationNews
Tweet123Share196ShareSend
BitStarz Player Lands $2,459,124 Record Win! Could you be next big winner? Win up to $1,000,000 in One Spin at CryptoSlots