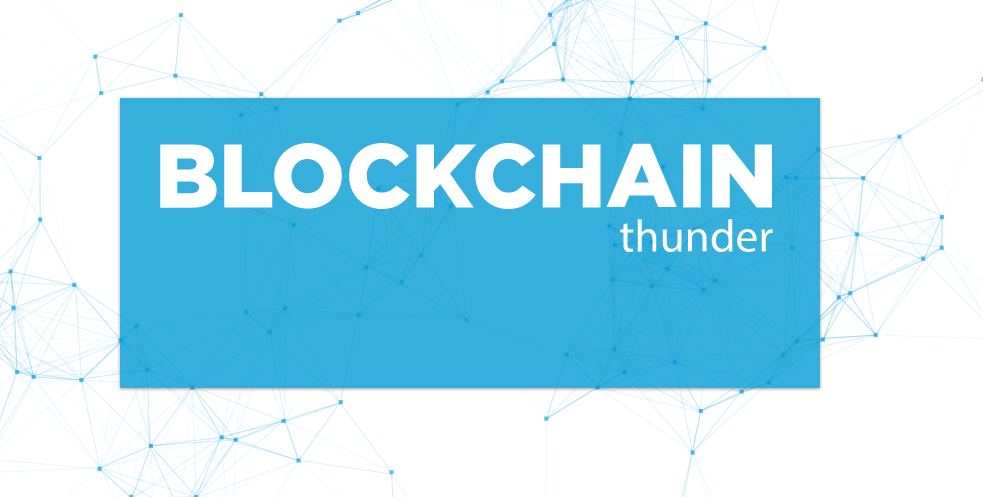 The alpha version of Thunder network is now out. Blockchain, the leading bitcoin and blockchain tools and software tools provider has developed the first real-world implementation of the famed Lightning network in the form of Thunder network.

The Thunder network is created to enable microtransactions over the bitcoin network in a much faster and more economical fashion. Unlike regular transactions that have to be confirmed on the blockchain every time, the Thunder network channel allows multiple transactions between two parties with minimum confirmations on the blockchain. The launch of Thunder network was earlier made public by the company in the latest press release. The release states that the concept payment protocol is currently in its prototype phase and it is capable of facilitating trustless, secure and nearly instant payments which make it more beneficial for making micro transactions.

The Bitcoin network was not originally designed to handle a lot of transactions. the smaller block size has led to a lot of transaction backlogs on the network. At the same time, increased demand among bitcoin users for their transactions to be confirmed on the blockchain as a priority by the mining community has led to an increase in the miners’ fee as well. Initially thought to be an ideal method for making micro transactions like tips, donations, and other small payments, it is not anymore. Increased transaction fee on small transactions will make them uneconomical, hence in order to overcome the issue micro transactions channels like Thunder network are being created, which are based on the Lightning network proposal which is expected to be implemented into Bitcoin Core sometime in the near future.

While introducing the Thunder network, the CEO of Blockchain Peter Smith was quoted saying –

“Blockchain is committed to bringing our blockchain technology and the power of open finance to every corner of the world… This release takes us one step closer to realizing that ambition.”

While the Thunder network is a great concept, there is a catch. The payment network will not be available for making actual bitcoin payments until the SegWit and CSV are implemented on a protocol level into the Bitcoin network. So, that means we have to be satisfied with the sandbox prototype until it becomes a standard for bitcoin transactions.