Send Bitcoin Like an SMS on the New BTC.com Wallet App 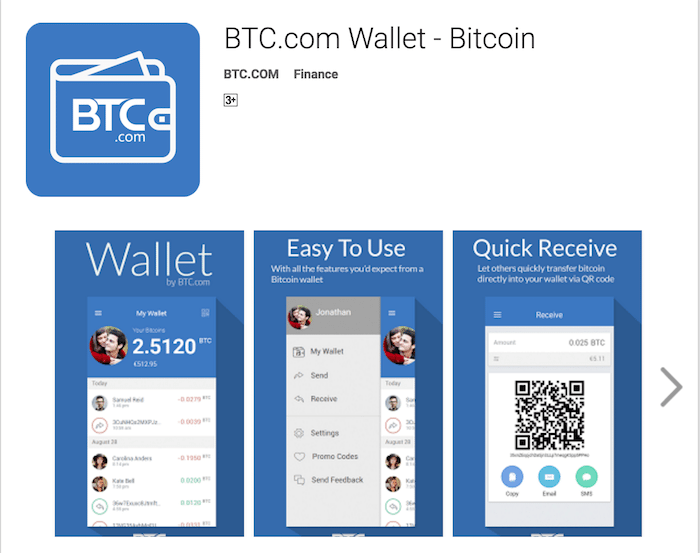 Bitcoin has been around for almost eight years now. In spite of it being hailed as one of the simplest ways to make fund transfer between two individuals, many people still find it complicated.

Bitcoin transactions don’t need any third-party intermediary like banks or payment processors and it can be sent virtually anywhere on planet earth as long as both parties have a working internet connection. The whole concept is completely different from centuries old monetary system we have been practicing, which makes it hard for some people to comprehend.  In order to make Bitcoin adoption easier, BTC.com — The BITMAIN company has introduced a new wallet that makes executing Bitcoin transactions as easy as sending an SMS.

The BTC.com wallet is a created by BlockTrail, a Netherlands-based company that was recently acquired by BITMAIN. The wallet application is available for both Android and Apple iOS mobile devices. Unlike conventional Bitcoin wallets, BTC.com wallet doesn’t require users to enter the recipient’s wallet address to transfer the digital currency. They can just select the recipient’s contact from their phone’s contact list, enter the amount in either BTC, EUR, USD or GBP depending upon one’s choice of currency, and hit send.

In order to be able to send it directly to someone  in the phone contact list, it is necessary for the other person to have his/her phone number verified on their BTC.com account. However, that is just a small hitch which doesn’t stop one from using the wallet the old school way. BTC.com wallet also allows its users to send bitcoin to any address by manually entering the recipient wallet address or by scanning the QR Code.

What if the user wants to receive Bitcoin? The “receive” option on BTC.com wallet allows users to share their Bitcoin wallet address  by copy-pasting it from the wallet to an IM or email, directly send it as an email from inside the application or as an SMS.  Alejandro De La Torre, in charge of Business Development at BTC.com, while speaking about the platform’s ease of use says,

“Our wallet allows users to send bitcoin to contacts without knowing about Bitcoin. We have created with the convenience and ease of use in mind. This is how it works after both users verify their respective phone numbers with us they can just click on each other’s name and send bitcoin”

“Our users have something more to look forward to as well. Our team is already working on integrating Bitcoin broker solutions directly in-app for seamless purchasing and selling of bitcoins. Our app will be all you will ever need when using bitcoin”

Along with BTC.com, there are other players who are also creating similar easy to use Bitcoin applications. As the number of such applications increase, we can expect the barrier to bitcoin adoption to go down, leading to an expansion of the Bitcoin community.