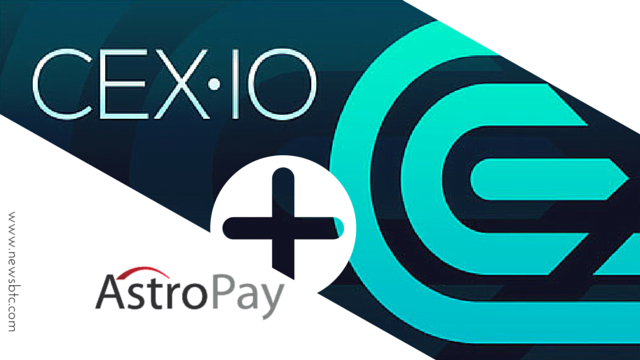 Latin American customers of CEX.io, can now transact using local currency to trade bitcoin on the platform. The London based bitcoin exchange and mining services has recently partnered with AstroPay to facilitate these transactions in the South American continent.

Earlier, Latin American users from Brazil, Chile, Argentina, Columbia, Peru, Mexica and Uruguay were forced to use wire transfer or card payments to deposit and withdraw funds. The currency support was limited to euro and US dollar. This was resulting in huge losses to customers in terms of foreign exchange and transaction fees incurred on those cross border transfers.

Benefits of this partnership between AstroPay and CEX.io is not limited to Latin America. Customers from countries like China and Turkey can also use AstroPay for adding funds to their account using their respective currencies. Even though AstroPay charges a transaction fee of 2.5 percent for withdrawal and deposit of funds, it is still lesser than the wire transfer charges for foreign currency across geographical boundaries.

CEX.io is one of the oldest cloud mining and exchange services out there in the market. Started in 2013, it quickly grew by acquiring other mining companies to capture over 40 percent of the total bitcoin mining power on Bitcoin network. Since then CEX.io has stopped its cloud based bitcoin mining service. It is currently focused on operating the bitcoin exchange.

The partnership with AstroPay is of strategic importance to CEX.io, especially while it is trying to get a firm foothold in the bitcoin exchange market. AstroPay’s network will allow the exchange to offer flexible payment options for people across the world.

In order to make its offerings more attractive, CEX.io recently reduced its commission rates and minimum withdrawal limits last month. The company is aiming to become a global exchange by taking local approach.