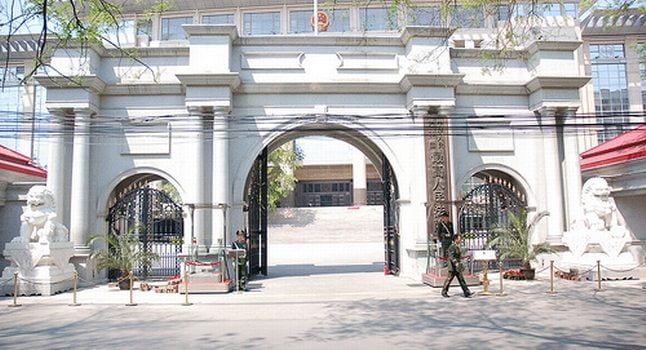 The Beijing-based company, which records the maximum daily Bitcoin volume, has been ordered by the Heilongjiang Provincial Court to cough up 627,569 Yuan (around $94,000) in damages. As per the ruling, OKCoin had flawed AML and KYC policies in pace, which prompted irregularities in its identity verification procedures. A fraudster took this loophole as an opportunity to create various Bitcoin accounts. He eventually used these finance profiles to transfer over 12 million Yuan to an unknown bank account in Macau.

The case presided by Judge Wang Yao – along with Zhang Weijie and Wang Yanan – have ruled in the July 14, 2016, that the Bitcoin exchange, which has been operating illegally in the country, is liable to compensate for the 40 percent of the total losses incurred by the defendant. The exchange has also been blamed for having flawed AML and KYC policies in place, which along with improper verification of documents allowed the perpetrators to open accounts using fake identification documents.

During their investigation into fraud, the law enforcement authorities were able to recover most of the money from the culprits. However, over 1.5 million yuan was unaccounted for as the fraudsters had already been spent. Lekuda, the parent company of OKCoin China, will be paying the fine to cover a significant portion of the losses faced by Huachen.

The judgement also states that the company doesn’t have proper licenses in place to operate a trading platform. OKCoin’s parent company’s nature of business is registered as technology development, technical services, marketing, consulting and investment management. Sources state that any company intending to undertake online trading activities should get itself registered with the department of industry and commerce.

The judge has also noted that People’s Bank of China, the Ministry of Industry and Information Technology, China Banking Regulatory Commission, China Securities Regulatory Commission and China Insurance Regulatory Commission have issued a joint warning regarding the risks associated with Bitcoin in the past.  It is necessary for Bitcoin platforms to strengthen the management and security of their operations to prevent its misuse.

Following the case involving a digital currency company, it is to be seen whether the Chinese government decides to implement any strict regulations, targeting the country’ Bitcoin ecosystem in the near future.

Tags: Bitcoin NewschinafinesMoney LaunderingNewsokcoin
TweetShare
BitStarz Player Lands $2,459,124 Record Win! Could you be next big winner? Win up to $1,000,000 in One Spin at CryptoSlots