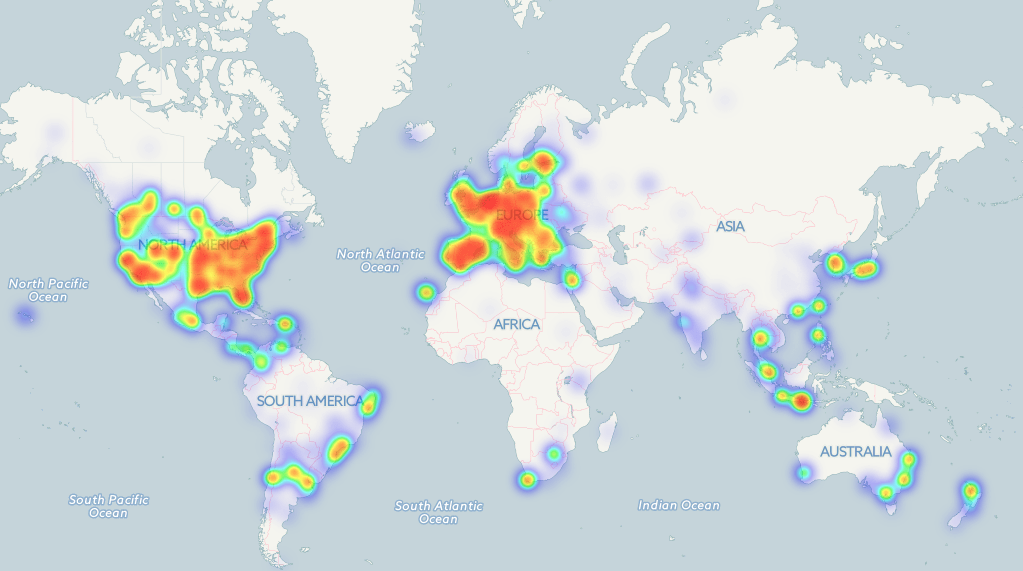 Bitcoin is a global digital currency being used by people across the world. Depending upon the level of adoption in different regions, its usage varies. How does it feel to get an overview of bitcoin usage pattern across the world?Something you can use to find the places where you can use bitcoin instead of fiat currency, no matter which country you are in? That’s exactly what Coinmap is doing.

Coinmap is a web based platform with bitcoin heat map. The map shows bitcoin activity across the world along with shops and establishments that accept bitcoin for payments. The heat map shows the concentration of bitcoin businesses and venues that accept bitcoin on a searchable map. Like any other heat map, if the concentration of bitcoin related businesses and venues are more in a location, then that part is shaded red on the map while moderate concentration is displayed in yellow, or green and wherever the venues are sparse, it will be shown in blue.

Coinmap currently has over 6700 venues listed around the world which includes Bitcoin ATMs, tourist attractions, cafes, restaurants, grocery shops, hotels, nightlife, shopping, sports and transport services. The Coinmap project is part of SatoshiLabs, a Czech based bitcoin innovation company that has created a number of well-known bitcoin based products including Trezor hardware wallet and the world’s first bitcoin mining pool known as Slush’s Pool.

SatoshiLabs, on its website claims that it is making bitcoin mining, storage and transactions secure for everybody. In addition to it, they are also involved in creating awareness about bitcoin among the general public.

One can search on Coinmap to find establishments accepting bitcoin in their neighbourhood. If they find any such business left out, they can add it.