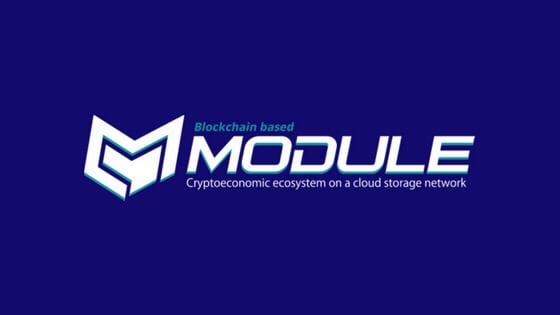 The DApps Platform Module May Become an Alternative to Ethereum, EOS, and Stellar

An interesting new project is expected to appear in the crypto industry in the near future: the Japanese DApps platform Module, which has every chance of becoming an alternative to such proven market players as Ethereum, EOS, and Stellar.

One of the main goals of the project is to simplify as much as possible the process of creating, launching and developing your own applications or services that store and transfer data on the blockchain using the Module platform for creating decentralized applications (DApps). To this end, the platform’s Japanese creators offer their smart contract technology, the possibility of honest cryptocurrency mining, and a set of high-speed, low-cost solutions that allow users to store their data reliably and confidentially while managing their data quickly and independently.

The entire data file will be located at a special address in the cloud on the blockchain, access to which is fully controlled by the user. In addition, for improved fraud protection, project clients will have the ability to use a secret sharing system for data access (author’s note – secret sharing is a means of distributing secret data for access to goods and services among a group of participants, each of which receives a part of the access key).

One of the main ways that Module differs from its competitors, among which are such market “dinosaurs” as Ethereum, Stellar, and EOS, lies in its use of other people’s mobile gadgets – smartphones, tablets, laptops – to store information.

Nick Evdokimov, a blockchain expert, consultant, and founder of ICOBox, explains: “Today we actually have a situation where people have a large amount of memory on their gadgets that go unused. Module’s concept will literally make it possible to store data on your neighbor’s cell phone. This will then provide the most rapid possible access to this information and give the gadget’s owner the opportunity to earn money renting out the idle memory. It’s a very interesting solution, one that no other DApps platform has used up to now.”

Decentralized applications (DApps) are being called the new future of the blockchain industry. They are protected against any form of censorship on the part of centralized servers, and they ensure full confidentiality of the information being transmitted and complete security of transactions, all thanks to P2P communications based on the blockchain. In addition, DApps give people the ability not only to use the services they contain but also to themselves become active participants in the network: for example, to act as shareholders, developers, miners, bounty testers, and so on.

The presale of “coins” for the Module platform started on June 15, 2018. To carry out its ICO, the project has concluded an agreement with ICOBox, the world’s largest supplier of SaaS solutions for the launch and conduct of initial coin offerings.