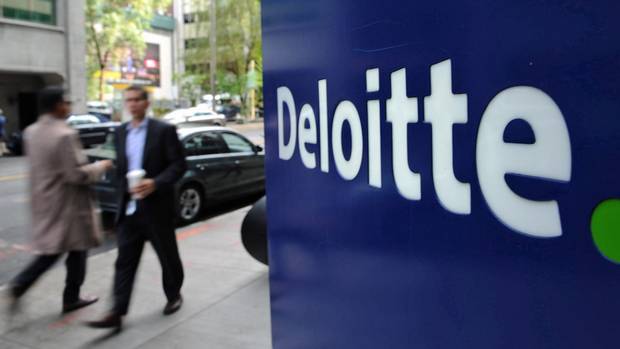 One of the “Big Four” professional services firms, Deloitte has recently published a report titled “State-Sponsored Cryptocurrency: Adapting the best of Bitcoin’s Innovation to the Payments Ecosystem”. In this report, Deloitte outlines the possibility of financial institutions using bitcoin like system governed by the Central Bank.

According to the report, it is highly possible for Banks in the future to act as miners for digital currency units on a Blockchain like ledger under a Central bank’s control. The report is based on the existing concept of FedCoin, announced by US Federal Reserve in collaboration with IBM and inputs from the Singaporean Central Bank.

READ MORE: Fed and IBM to Create Their Own Bitcoin?

The futuristic system proposed by Deloitte report envisions Central Banks to create and control digital units similar to bitcoin or any other altcoin and link it to the respective fiat currency issued by the bank. These digital units will be considered as legal tender which can be used like bitcoin for money transmission and payments. The banks can have as many digital units as it wishes (ideally not more than the total currency in circulation). The value of each digital unit will be equal to that of the fiat currency unit available in that country.

What does Deloitte’s report mean to banking sector?

In the event of introduction of such a system, people will be able to conduct monetary transactions similar to the way they use bitcoin. These transactions will be recorded on a private Blockchain owned by the central bank which in turn authorises existing banks to act as miners to record and verify the digital fiat transactions. This will lead to better payment services while reducing the time and costs associated with fund transfer.

It will also help Central banks to gradually shift from physical currency to digital ones. The integration of Blockchain to Central Bank will help the banking body control the economy by deciding upon the units of digital currency to be maintained in circulation depending upon the demand. It can also be used to manage reserve requirements across all affiliated bank branches automatically.

With banks already experimenting with Blockchain technology for operations, we can expect the Central Banks to adopt their own version of Blockchain and digital currency in the future.