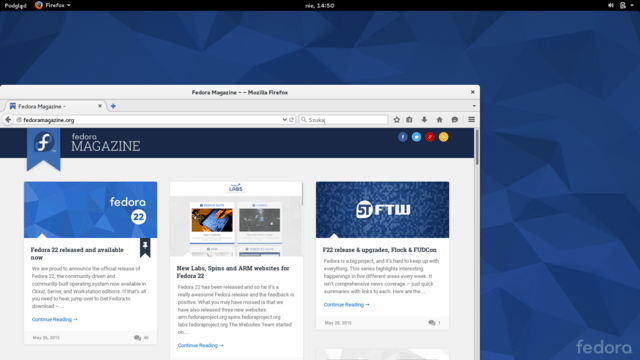 The Electrum Bitcoin wallet for Fedora can be installed through GNOME Software or dnf on Fedora 25. In order to do so, all the user has to do is enter the following command inside the terminal and hit “Enter”.

Until now, installation of Electrum client on Linux machines involved a two-step process where the user had to first install the dependencies with “$ sudo apt-get install python-qt4 python-pip”. Once the dependencies were installed he had to install the client by downloading the “tar.gz” file archive from Electrum website using the command,

The Linux distribution, Fedora is the most popular derivative of Red Hat-based distribution. However, it is superseded by Linux’ Debian derivative — Ubuntu which is preferred by a majority of users for its user-friendly graphical user interface.

Once the user has installed Electrum on Fedora, he will be greeted by a startup wizard, similar to the ones on Windows and other operating systems. After making the connection choice user can decide the type of wallet, create a new private key or choose to recover an existing wallet and set the user credentials. After completion of the setup wizard, the user is all set to start receiving and sending Bitcoin across the network.

Bitcoin is a universal cryptocurrency, no doubt about that. Its universal nature makes it imperative for the digital currency to be compatible with all the existing operating systems, which is the case right now. However, depending upon the type and flavor of operating system, the installation procedure for different wallets may vary. With the new release, Electrum has made it easier for Fedora using Bitcoin community members to install and create wallets like on any other device.