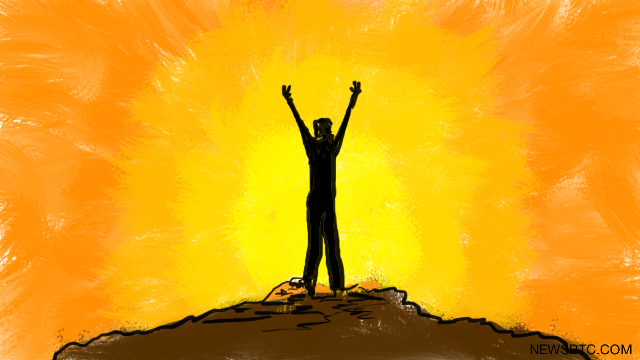 Bitcoin now enjoys celebrity status. The digital currency has got people from all industries interested. Bitcoin industry has attracted people holding various offices in both private and government sector to switch their industry. Executives, bureaucrats, law enforcement officials, media and publicity gurus, actors, politicians. You name it, they have done it – switched their careers to pursue the cryptocurrency industry. The latest one to do something like that is Michael Solomon.

Who is Michael Solomon? Well, that’s a fair question from most of us who do not care about the nitty gritties of the music industry. We all know who Bruce Springsteen is, a well-known American singer, musician and humanitarian.  Michael Solomon used to be the promoter working behind the scenes for Bruce Springsteen. Not anymore, as he decided to put his talent management and promotion skills to use in a completely different industry.

According to a report on New York Post, the New York based talent mogul is now managing clients from tech industry. The client Michael Solomon will be managing from now on is a rock star bitcoin tech genius Jeff Garzik.  If anyone wants to have Jeff Garzik attend an event, give a lecture etc. then they might have to get in touch with Michael’s agency. For those who might not have heard about Jeff Garzik, he is one of the Bitcoin Core developer and also the founder of Dunvegan Space Systems Inc.

Jeff Garzik is heavily involved and invested in the crypto technology industry. At Dunvegan Space Systems, Jeff aims to make space accessible to everyone. The company relies on decentralized, networked open source design principles to create a network of satellites in space which relay information from not just the earth but the whole solar system back to earth.

Apart from being a Bitcoin Core developer, Jeff has also founded a bitcoin blockchain based company called Bloq. Bloq intends to connect the enterprise sector with bitcoin and blockchain. He is also the one behind BIP-102, a proposal to increase the block size to 2 MB from the existing 1 MB. When BIP-102 was introduced, Jeff Garzik referred to it as an emergency fall back option in the absence of any other choice. He welcomed the introduction of better block size increment proposals to make bitcoin blockchain more efficient to handle the increasing bitcoin transactions.

Given the rise of popularity of bitcoin tech and space travel, Michael Solomon seems to have pivoted at the right time to cater to the tech industry.