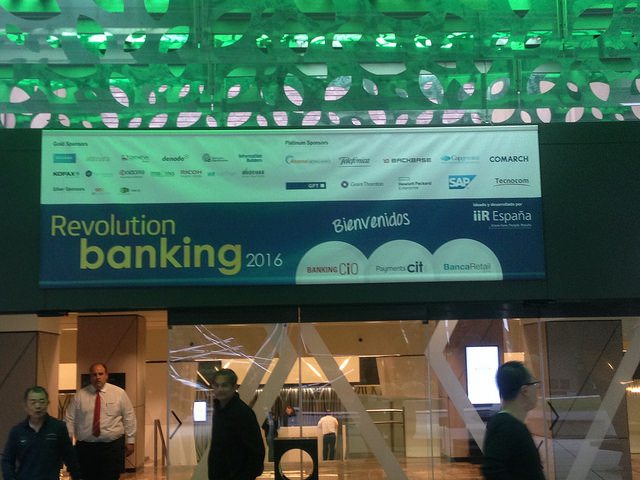 Where is the blockchain heading? Whether the distributed ledger technology really has the potential to solve the issues currently faced by the banking and financial sector? These were some of the topics discussed in the last month’s Revolution Banking 2016 summit, which happened in Madrid, Spain on the 10th of May 2016.

Revolution Banking 2016 was an event focused on new technologies, innovations, and collaborations in the banking industry. Digital currency and blockchain technology are two things that can’t be ignored when it comes to banking and fintech. The discussions, during the event touched upon the subject as well.

According to reports, the experts attending the summit seemed to agree upon the potential use cases of blockchain technology, which goes beyond banking and fintech sectors. The technology is expected to make some huge changes to many sectors across various industries like – energy, media, telecommunications, public administration, logistics, transportation and more.

The inclusion of blockchain technology into mainstream operations will allow companies to store and verify their employee records, maintain and track expenses and more, all in-house. Even if the company wants to share some records/ details with external agencies, the company can always decide what it wants to share, ensuring complete privacy of their employees’ and corporate information.

In addition to its use as a validator of various proofs, use of blockchain technology will also enable banks and financial institutions to create secure protocols for transferring data and funds. The discussions at the event also covered latest developments in the banking sector. The use of Ripple and Ethereum based protocols on developing blockchain based transaction networks and smart contracts based applications to automate various operations were discussed with great interest by some attendees.

As the conventional banking solutions prove to be unreliable, especially after the recent reports on the unclear cyber security status of the United States Federal Bank, which happened to lose a huge sum of money belonging to the Central Bank of Bangladesh. Also, the global banking network, SWIFT has also reported that the international network is due to be upgraded after few banks raised issues about the security features in place. These old systems are gradually becoming unreliable each passing day, and blockchain technology can offer them with the perfect replacements.