David Schwartz, the CTO of Ripple Inc, believes that existing security laws are vague and are therefore a hindrance. Even so, he is confident and comfortable that Ripple (XRP) is a utility and security laws don’t apply. Perhaps this would help support prices and eventually firm the ground in readiness for higher highs.

In an unregulated space of which blockchain applications are supposed to flourish in, the entry of regulators or third parties do slow down innovation but for good reasons.

By design and according to the original blueprints as laid out by Satoshi Nakamoto, the network should be completely decentralized with no point of weakness and high reliability. It is these properties that define blockchain. Unfortunately, this is where Ripple Inc critics have their reservations with XRP, the native currency of the XRP Ledger, questioning whether the coin has all the hallmarks of a utility token.

However, it is the never-changing position of Ripple Inc officials that is remarkable. Maintaining the same stance, David Schwartz strongly believes that XRP is not a security. While speaking at the SXSW Conference, the renowned coder said:

“Security law has not changed concerning blockchain technology… the SEC recently has talked about how they are going to think about how these tokens meet security laws. However, they haven’t given a black and white test. They’ve given a test, but it’s filled with vague terms.” 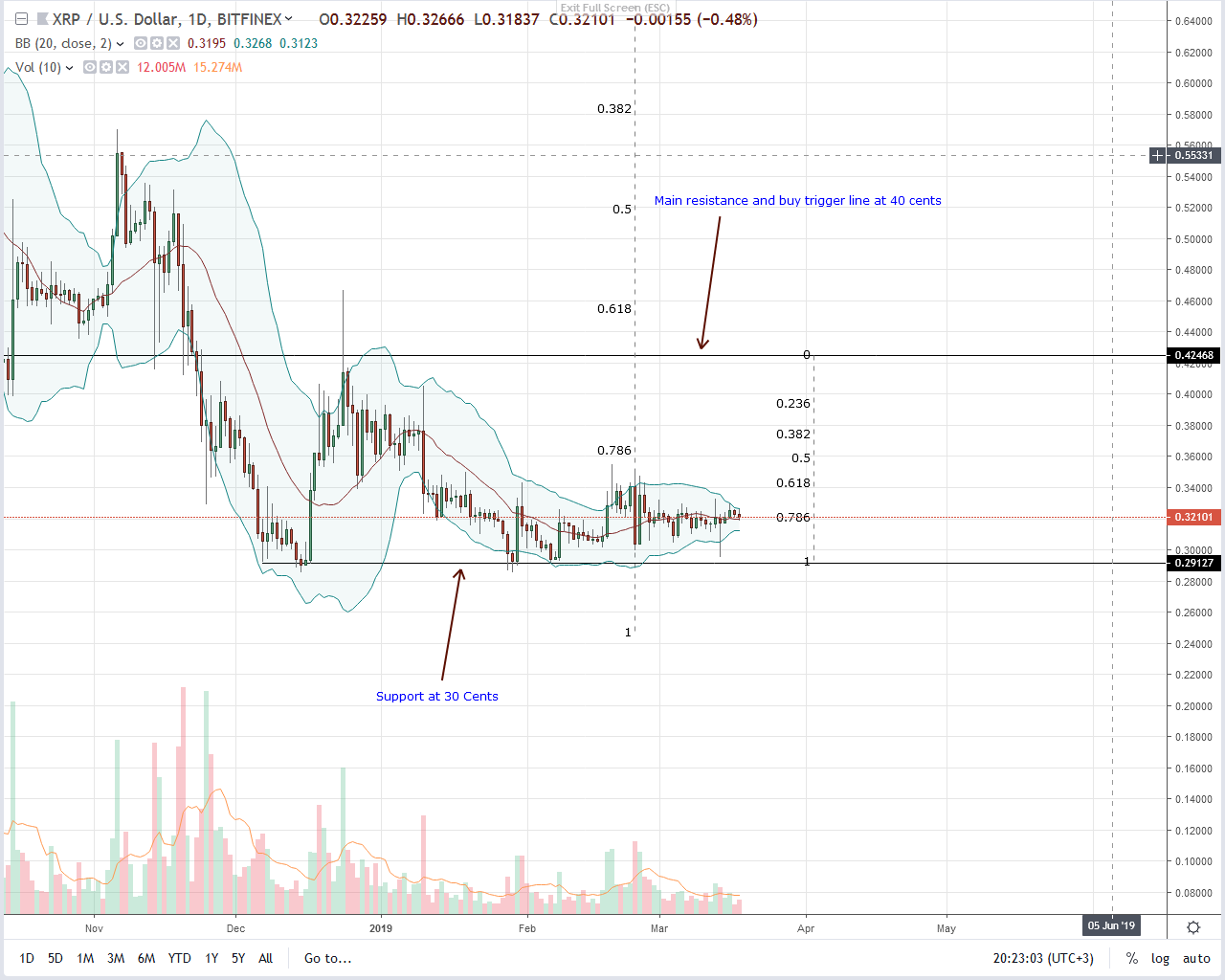 Perched at third, XRP prices are stable and consolidating inside a 4 cents channel. As emphasized in previous XRP/USD price analysis, we maintain a neutral position on the third most valuable coin.

Although we are bullish, it is after prices close above 34 cents—which is our buy trigger line—at the back of above average volumes, that risk-off, aggressive type of traders can begin fine-tuning and ramping up in lower time frames with first targets at 40 cents.

On the other hand, if XRP prices collapse below 30 cents then we shall cancel our trade plan. In that undesired case, it is likely that prices will tank towards 25 cents further fueling asset sell-off.

Trade averages stand at 15 million—after yesterday’s close. Because we are bullish, gains above 34 cents must be complete with high volumes exceeding 15 million averages or 61 million of Feb 24.