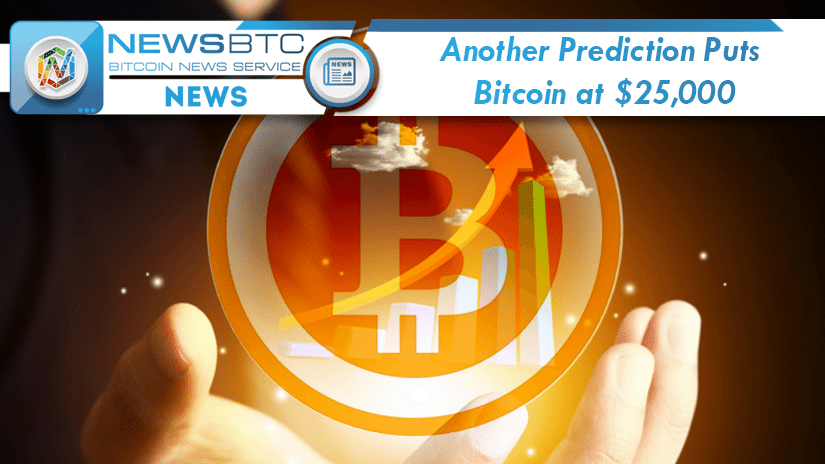 Bitcoin is known for its volatile nature, which allows people to come up with their own predictions based on their observations, analysis or even guesswork at times. There are many occasions where Bitcoin has been declared dead (121 times according to Bitcoin Obituaries), but each time cryptocurrency has proven them all wrong.

Yves Lamoureux, the president of a market research firm Lamoureux & Co., has recently published an article where he has predicted the digital currency’s price to hit $25,000. The prediction sounds sweet yet unbelievable. However, Yves goes on to explain his reasoning behind the forecast.

According to Yves, the prediction is not some guesswork but has a firm mathematical basis. For starters, the finite supply of Bitcoin, capped at 21 million tokens prevents the value of Bitcoin from diluting. He reiterates the familiar comparison between gold and bitcoin.

Gold is one of the most trusted assets out there. People love to invest their money in gold to prevent its value from getting diluted with time. This way, they can conserve the purchasing power of their money even in the future. The same can be applied to Bitcoin as well, and the growing demand for blockchain technology across industries is going to provide further credence to the digital currency.

The article states that like housing, tech stocks, etc., there is a need for increased public participation for any new asset to gain significant traction. The present-day numbers of Bitcoin traders indicate that the digital currency is going the right way at the moment.

In the article Yves states,

“People trade today as they did last year, as they did 100 years ago. The psychology remains the same. Behavior does not change. Provide the same set of incentives throughout time, and the Pavlovian bell rings the same.”

Even though Bitcoin’s price is predicted to hit $25,000, it is not going to happen right away. Before the cryptocurrency’s price reaches that point, the digital currency will have to overcome the current skepticism and the inevitable pressure from the government and regulators.

While the prediction of Bitcoin price reaching $25,000 sounds plausible, it has its own challenges, including the scalability issue currently being faced by the network. If all goes well, the Bitcoin community is going to have a great time looking at their investment grow multiple folds.