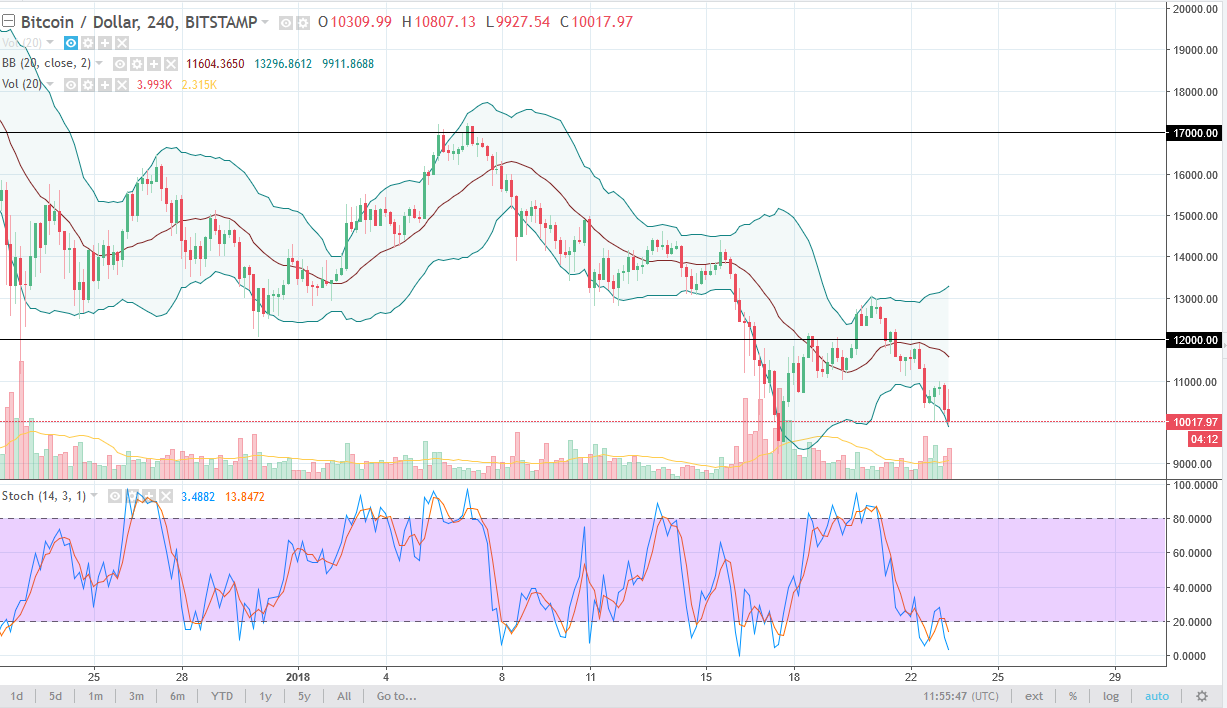 Bitcoin initially tried to rally during the day on Tuesday but struggled again as it looks likely to continue lower. We are pressing the $10,000 level, an area that of course has attracted a lot of attention. However, it’s likely that we will break down below there considering the tenacity of the selling pressure, and the lack of positive volume. Because of this, I anticipate that we are going to continue to go lower, perhaps down to the $8000 level next. Tags: analysisbitcion technical analysisbitcoinbtc
Tweet123Share216ShareSend
BitStarz Player Lands $2,459,124 Record Win! Could you be next big winner? Win up to $1,000,000 in One Spin at CryptoSlots