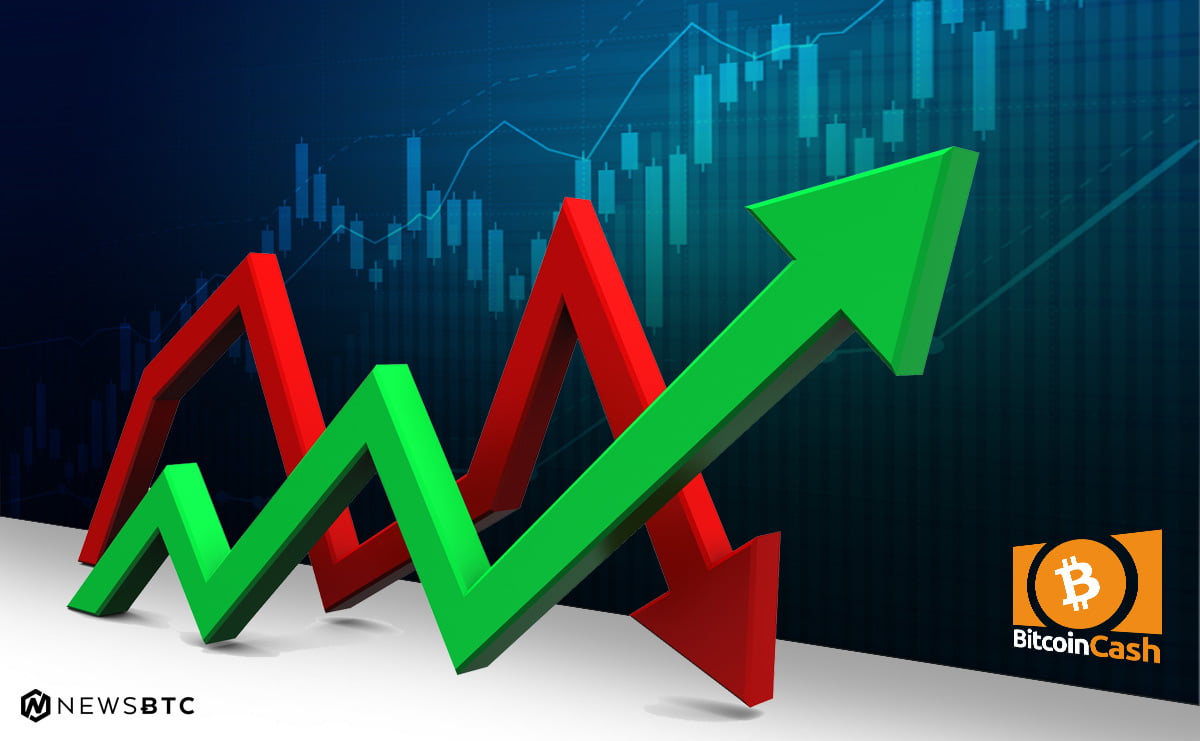 Bitcoin cash price is trading in a range above $720 against the US Dollar. BCH/USD is most likely to extend gains in the near term above $790-800.

Recently, there was a sharp downside reaction from the $788 high in bitcoin cash price against the US Dollar. It seems like it was a false break as the price recovered back above $740. The $720 support zone acted as a strong support and the price bounce back above the 50% Fib retracement level of the last decline from the $788 high to $724 low.

The price also moved back above the $750 level and the 100 hourly simple moving average. These are positive signs with a close above the $750 level. At the moment, there is a short-term contracting triangle forming with support at $760 on the hourly chart of the BCH/USD pair. The pair faces a minor resistance near the 76.4% Fib retracement level of the last decline from the $788 high to $724 low. A break above the $785-790 resistance area could open the doors for more gains. 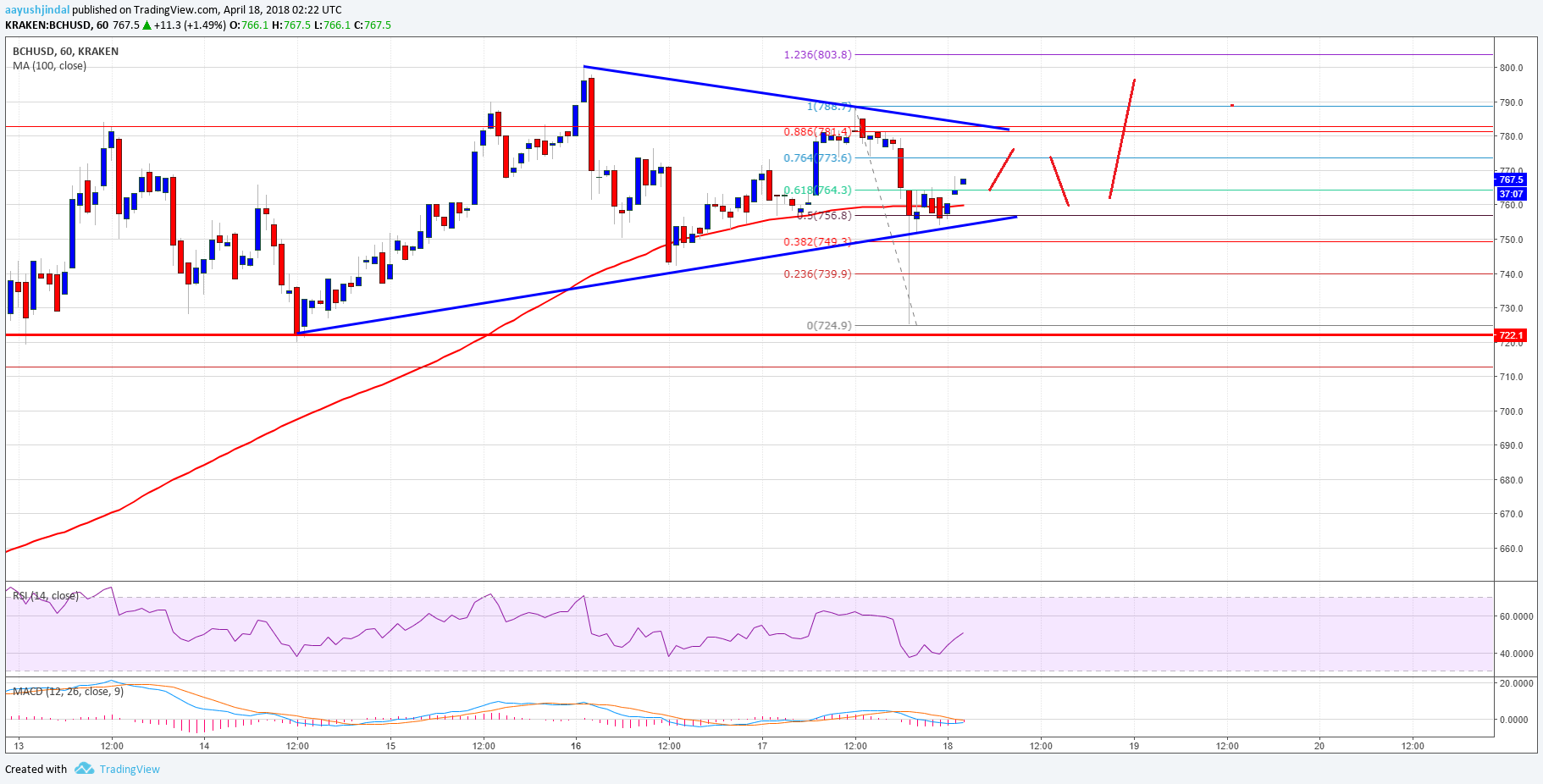 Looking at the chart, the pair seems to be trading in a range above the $720 and $740 support levels. As long as the $720 support is intact, it may rise further. A break above the $800 handle would be the key for the next move in BCH in the near term.

Hourly MACD – The MACD for BCH/USD is slowly moving back in the bullish zone.

Hourly RSI (Relative Strength Index) – The RSI for BCH/USD is just below the 50 level.