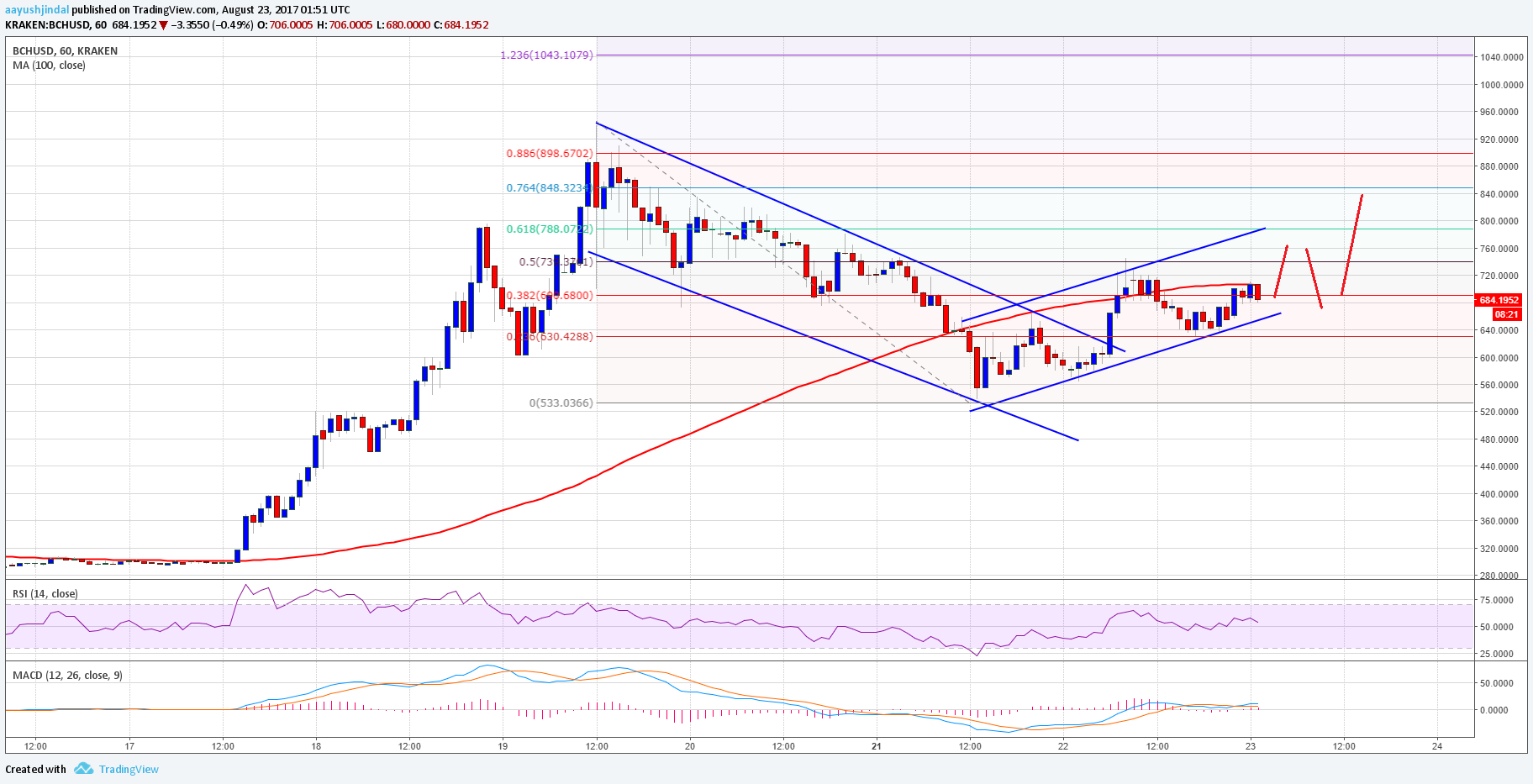 Bitcoin cash price after a correction towards $550 against the US Dollar found support. BCH/USD is now back in the bullish zone above $640.

There was a sharp downside move in Bitcoin cash price from well above $900 to well below $600 against the US Dollar. The price followed a bearish path and traded as low as $533 where buyers appeared and protected declines. Later, the price was able to gain strong bids and was able to move above $600. It started trading with a positive tone and broke the 23.6% Fib retracement level of the last decline from the $943 high to $533 low.

During the upside, yesterday’s highlighted crucial descending channel pattern with resistance near $625 on the hourly chart of BCH/USD was breached. The pair is now trading above the $650 support and flirting with the 100 hourly simple moving average. The most important resistance on the upside is near the 50% Fib retracement level of the last decline from the $943 high to $533 low. At the moment, the pair is following an ascending channel with support at $670 on the same chart. Once it breaks $700 and the 100 hourly simple moving average, there can be more gains. The price could even target a move above the $800 level in the near term.

Hourly RSI (Relative Strength Index) – The RSI is currently just above the 50 level.