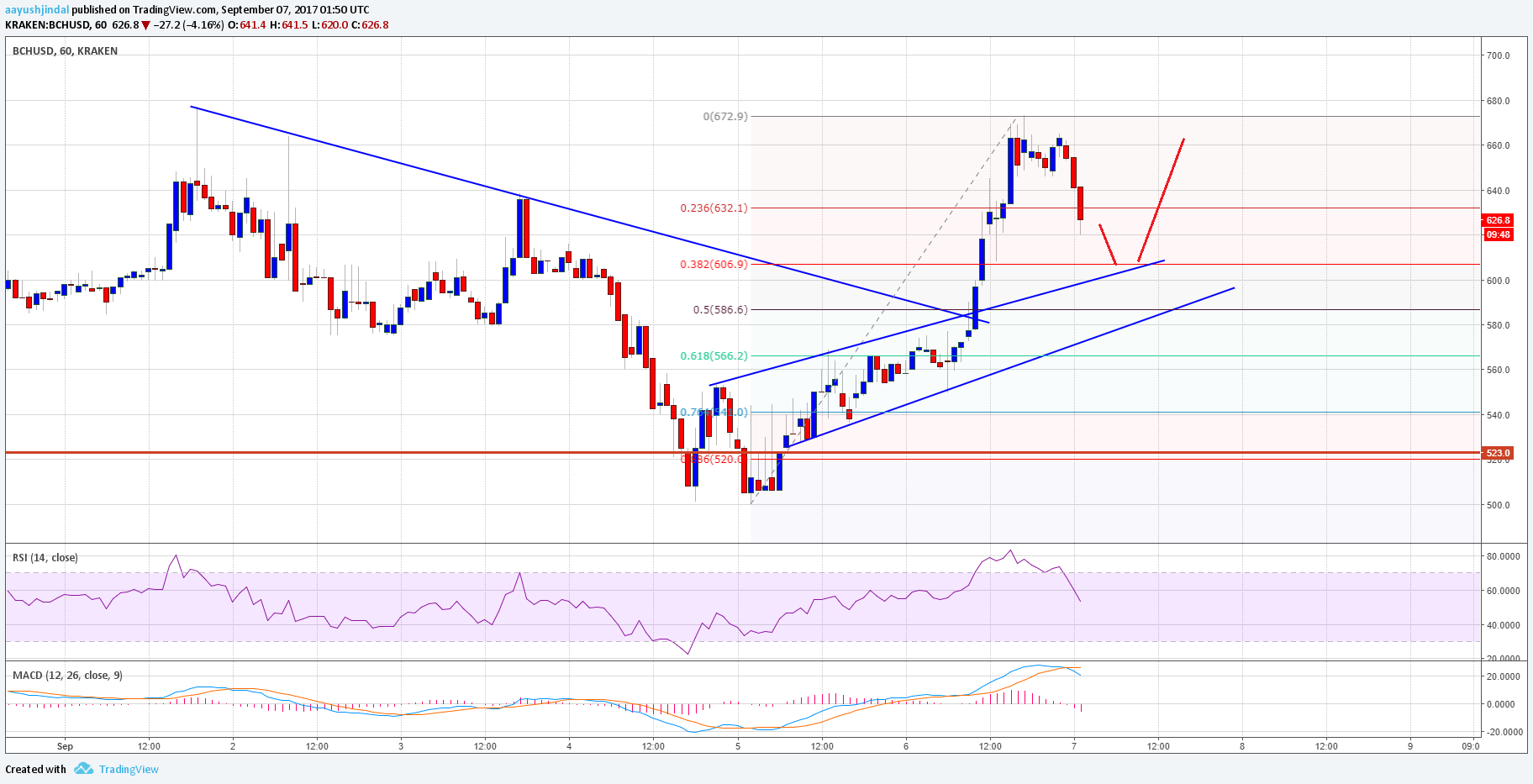 Bitcoin cash price is back above $600 against the US Dollar. BCH/USD is now in the bullish zone and remains buy on dips near $600-580.

Yesterday, we discussed the chances of Bitcoin cash price testing the $580 level against the US Dollar. The price not only tested the $580 level, but gained enough strength to break the $600 level. There was even a break above the 50% Fib retracement level of the drop from the $676 high to $500 low. The upside move was sharp, and as a result, there was a break above the $640 resistance as well.

The recent price action is positive since BCH almost tested the last swing high of $675-680. There was also a break above yesterdays highlighted a bearish trend line with resistance at $575 on the hourly chart of BCH/USD. A high was formed at $672 from where the price started a short-term correction. The price is currently trading near the 23.6% Fib retracement level of the last wave from the $500 low to $672 high. Hourly MACD – The MACD for BCH/USD is slowly moving into the bearish zone.