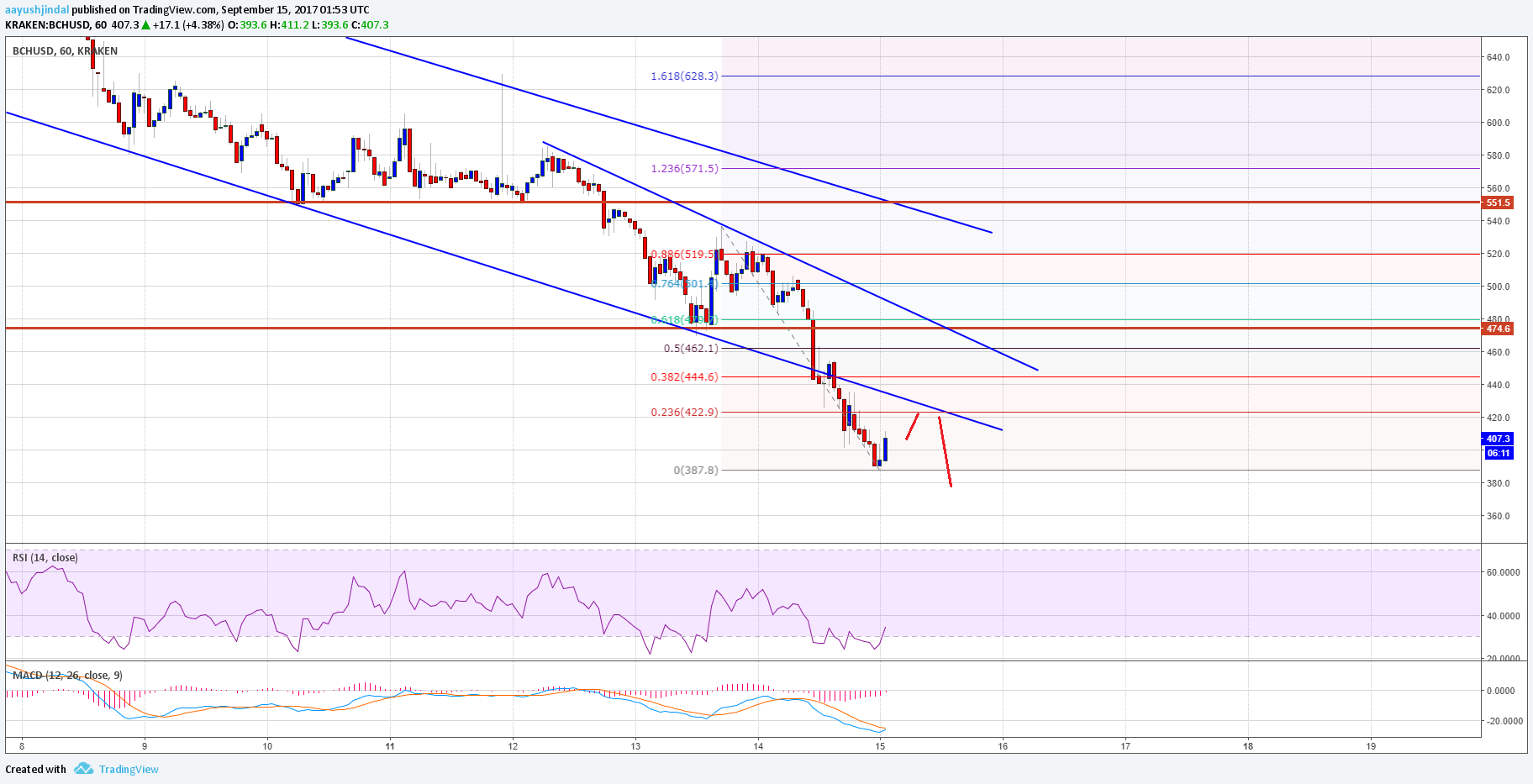 Bitcoin cash price is under huge selling pressure along with BTC against the US Dollar. BCH/USD is likely to decline further below $400 in the short term.

It is turning out to be a huge bearish week for major cryptos like BTC, ETH, ETC, XRP and Bitcoin cash price. BCH price was under heavy selling pressure and failed to hold the $500 and $450 support levels against the US Dollar. It corrected once towards the $540 level from $500, but sellers appeared. Later, the price broke $500, $450 and even traded below the $400 level.

There was even a break below this week’s highlighted descending channel pattern with support at $430 on the hourly chart of BCH/USD. It is clear bearish signal with the recent low at $387 as a minor support. There can be a short-term correction towards the $420 level, but upsides seem to be limited. An initial resistance is around the 23.6% Fib retracement level of the last decline from the $540 high to $387 low. The broken channel support at $420 might also act as a hurdle for buyers. Hourly MACD – The MACD for BCH/USD is slowly recovering, but well into the bearish zone.

Hourly RSI (Relative Strength Index) – The RSI for BCH/USD is currently in the oversold levels.