Bitcoin cash price is in a bearish trend below $1,080 against the US Dollar. BCH/USD remains at a risk of more declines towards the $920 and $850 levels.

This past week, there were sharp declines from the $1,100 swing high in bitcoin cash price against the US Dollar. The price declined and broke a few important support levels such as $1,050 and $1,000. It traded towards the $950 level before starting an upside correction. A low was formed at $948 and the price corrected above the 23.6% Fib retracement level of the last decline from the $1,322 high to $948 low.

However, the upside move was capped by the $1,050 resistance. It also failed to test and break the 38.2% Fib retracement level of the last decline from the $1,322 high to $948 low. BCH price is declining once again and it seems like it could retest the $948 low in the short term. A break below $948 could open the doors for a test of the $920 and $900 support levels. To the topside, there is a monster bearish trend line in place with resistance near $1,060 on the 4-hours chart of the BCH/USD pair. 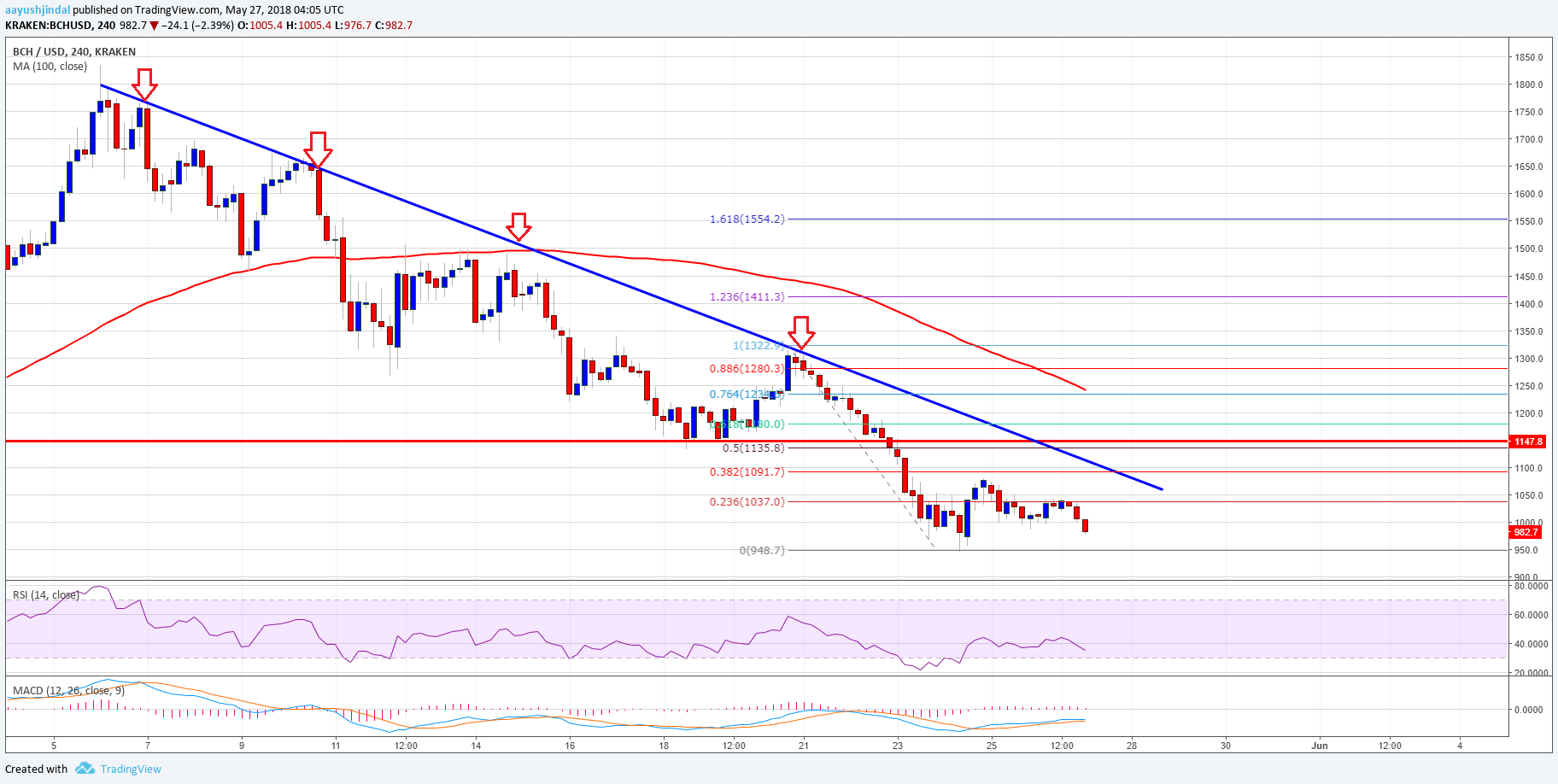 Looking at the chart, the price is facing a tough challenge on the upside near $1,060 and the trend line. Above this, the last swing high of $1.150 is the next major hurdle for buyers.

4-hours MACD – The MACD for BCH/USD is mostly negative in the bearish zone.

4-hours RSI (Relative Strength Index) – The RSI for BTC/USD is declining towards the 30 level.