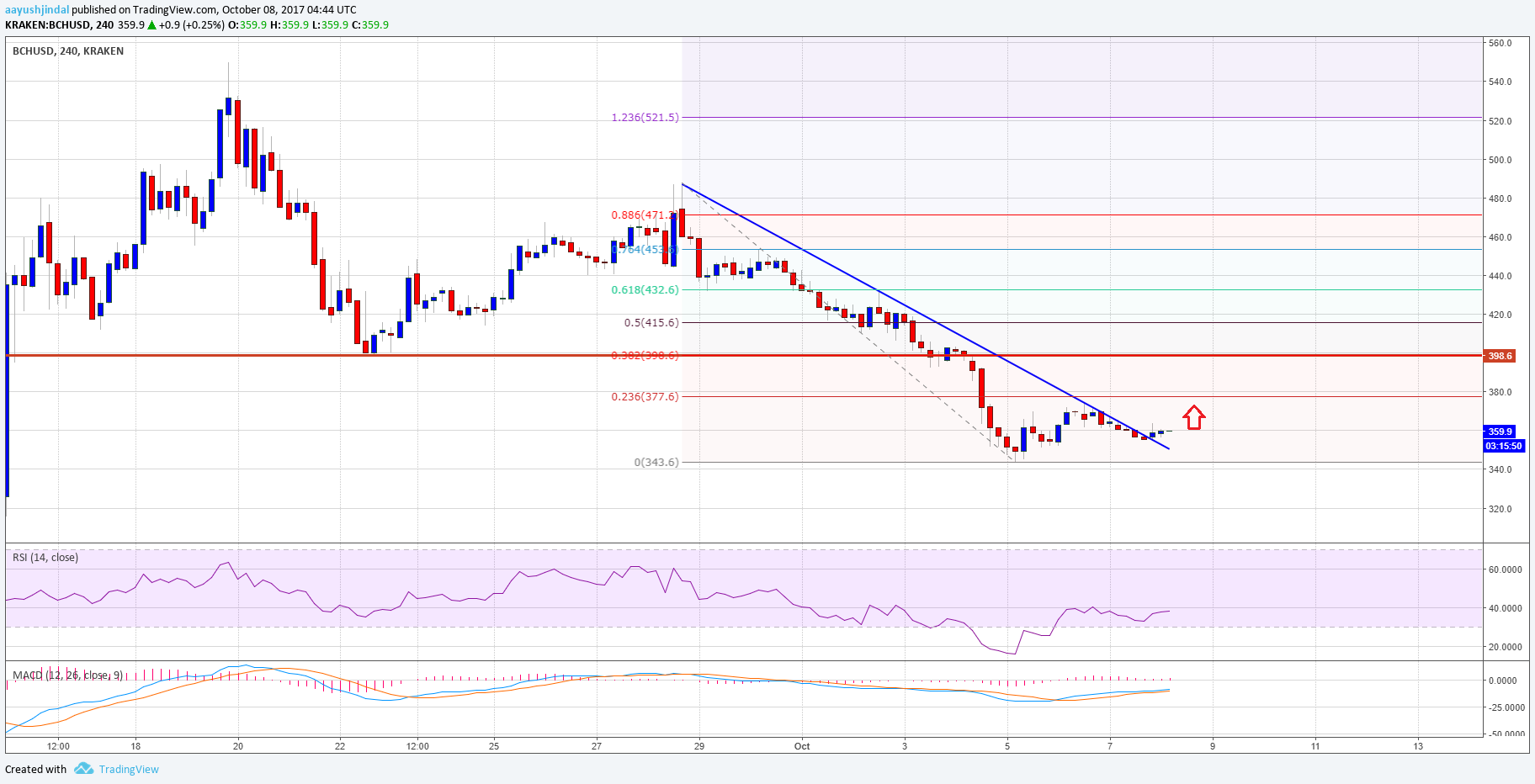 Bitcoin cash price after a sharp decline against the US Dollar formed bottom. BCH/USD is now correcting higher towards $400 and might gain pace.

This past week there was a continuous decline in BCH price from the $450 high against the US Dollar. The price followed a declining path and moved below the $420, $400 and $380 support levels. It traded as low as $343 and it seems like the price is now forming a bottom. It is slowly moving in a range above $340 and forming a consolidation pattern. There was a break above a bearish trend line with resistance at $350 on the 4-hours chart of BCH/USD. 4-hours MACD – The MACD for BCH/USD is almost neutral in the bearish zone.

4-hours RSI (Relative Strength Index) – The RSI for BTC/USD is recovering for the 30 level.