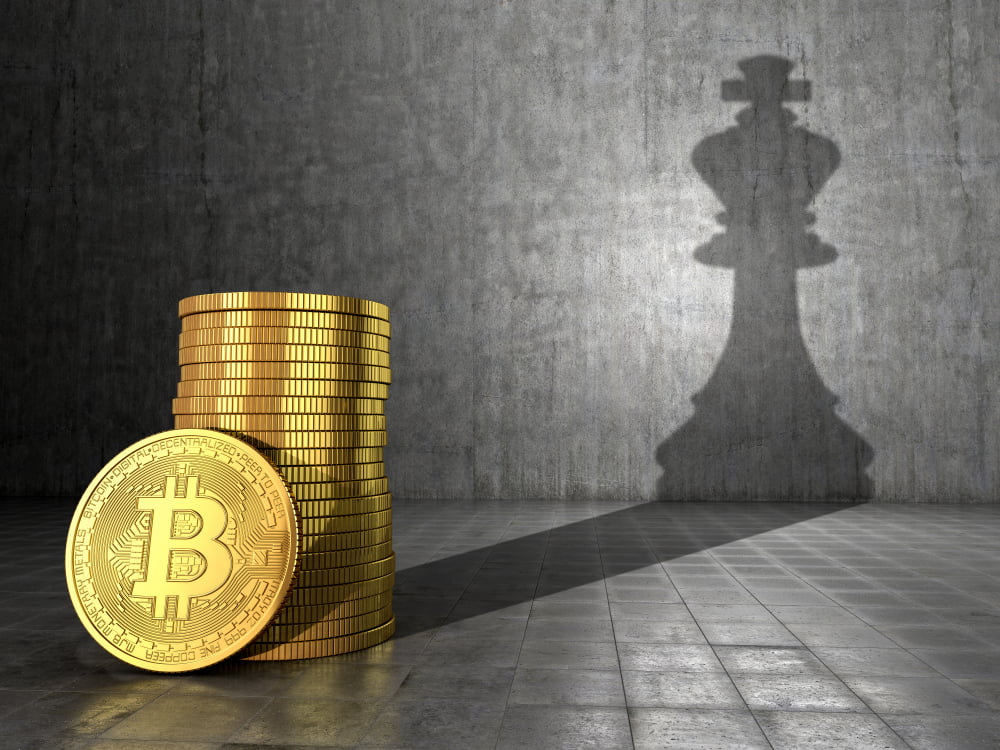 Bitcoin Dominance Nears 70% For the First Time Since December 2017

The bitcoin dominance rate on Tuesday inched towards 70 percent for the first time since December 2017.

Bitcoin’s dominance dropped as investors started moving their capital to the assets launched during the initial coin offering mania of 2017. But as a majority of those blockchain projects failed, with their in-house assets losing value in the act, investors either left the cryptocurrency market upon suffering significant losses or hedged back to bitcoin and other reliable assets like Ethereum and Litecoin. As a result, bitcoin’s dominance started surging higher in 2018, even though its value was dropping lower.

This time, the fundamentals that are appearing to support bitcoin are macroeconomic. The Fed rate cut, US-China trade war, capital control in China, economic sanctions on Iran and Turkey, as well as hyperinflation in Zimbabwe and Venezuela are some factors that are prompting investors to speculate on bitcoin, a non-sovereign asset.

Investors look at bitcoin over other cryptocurrencies because of its real-world potential. Atop that, they are bullish because of its scarcity – bitcoin’s supply will be cut to half next May – which would make it a rare asset to hold in the future.

Bad news for majority of alts, some will go up in USD but majority outperformed by BTC

Always wise to hold % of BTC the portfolio

Hard to imagine BTC was at 35% dom. but with ICO/Altcoin bubble now behind, that may never happen again pic.twitter.com/mj7LW3eK5x

Bitcoin’s 70 percent dominance in the cryptocurrency market also comes in the wake of its strong bullish bias. The asset in the last seven days has surged by more than 30 percent – from $9,371 to as high as $12,320. The surge, in turn, followed Donald Trump’s threat to impose 10 percent tariffs on $300 billion worth of Chinese imports. In retaliation, the People’s Bank of China intentionally reduced the price of Chinese Yuan to less than seven dollars a unit, its lowest in the last eleven years.

History shows a close inverse relationship between yuan and bitcoin. Earlier in May, bitcoin surged by as much as 58 percent while yuan dropped by 2.5 percent. Analysts believe investors in China, who remain under tighter capital controls, hedged into bitcoin as safe-haven.

2017: "Bitcoin is a bubble, only used by criminals and terrorists"

The price is the same as it was before.

At the same time, all the altcoins are losing value against bitcoin, shows data recordings from the last 24 hours. Ethereum, for instance, is 2.23 percent down against bitcoin. The XRP/BTC instrument is also weak after dropping more than 5 percent in over a day.