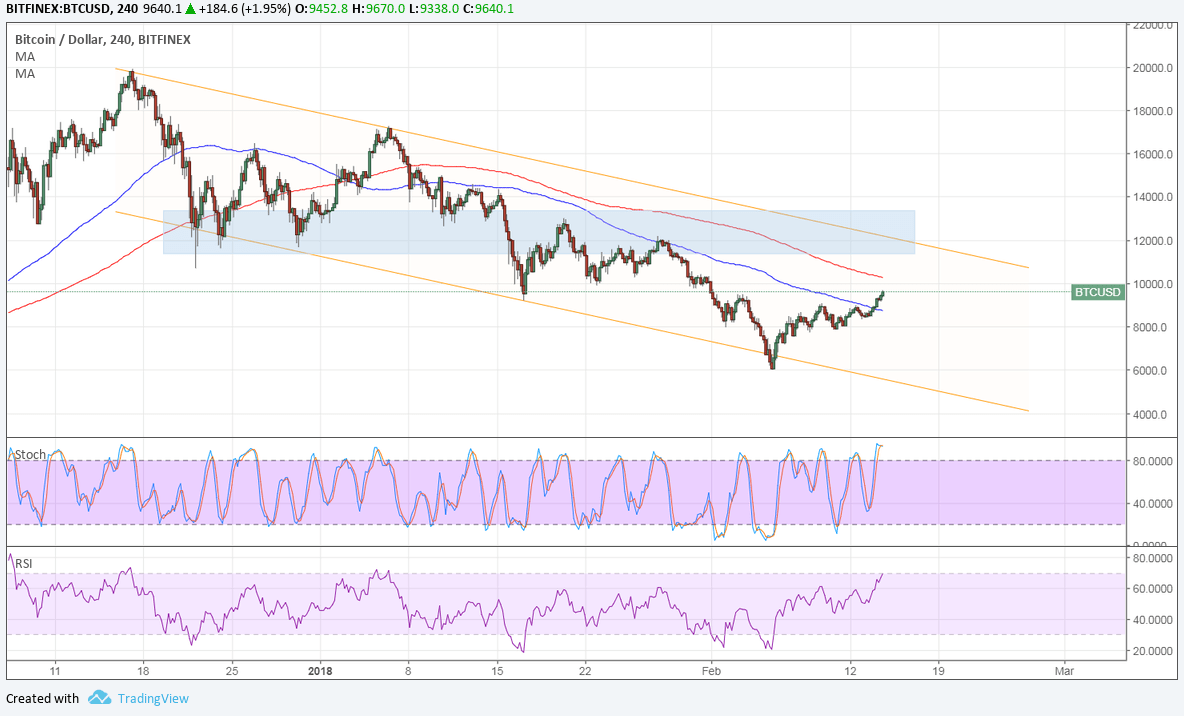 Bitcoin price looks poised for more gains after a consolidation breakout and could approach the next ceilings.

The 100 SMA is still below the longer-term 200 SMA to show that the path of least resistance is to the downside or that the selloff is more likely to continue than to reverse.

Price has moved past the 100 SMA dynamic inflection point, though, and is closing in on the 200 SMA dynamic resistance around $10,000. A break past this level could take it to the channel resistance at $12,000, which is also an area of interest.

Stochastic is already indicating overbought conditions to show that buyers are starting to feel exhausted. RSI has a bit more room to climb, so bitcoin price could still make it up to the top of the channel before profit-taking hits.

Global equities chalked up another winning day, which has been positive for riskier holdings like bitcoin lately. An extension of this risk appetite could mean another day in positive territory for bitcoin price.

At the same time, the dollar is in a weak spot after seeing the latest retail sales report. Both the headline and core figure missed the mark while the earlier figures were downgraded, leading many analysts to revise their GDP forecasts lower.

This weighs on Fed tightening expectations, which is also positive for businesses and consumers. In turn, stocks and commodities were lifted on expectations of low interest rates for much longer.

As it turns out, the South Korean government is toning down its stance against bitcoin, following from the Senate hearing encouraging industry development earlier this month. Rumor has it that they might consider implementing something similar to BitLicense.