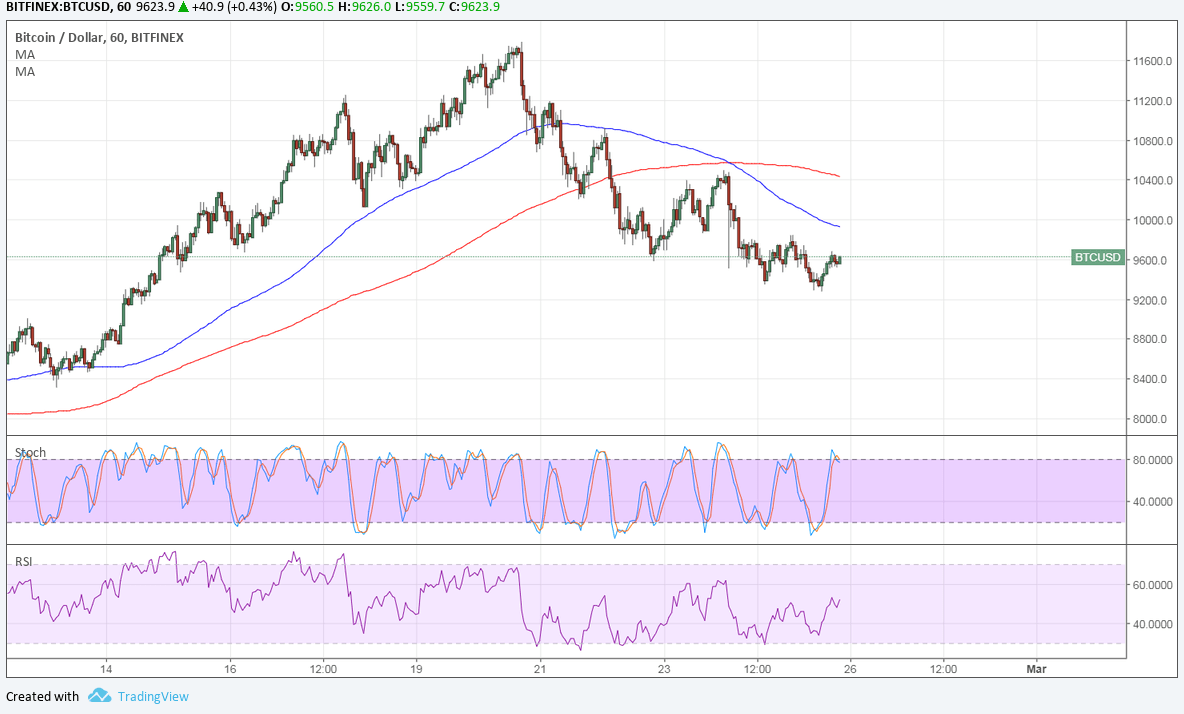 Bitcoin price confirmed a potential short-term selloff upon breaking below the neckline of its head and shoulders pattern.

The 100 SMA is below the longer-term 200 SMA to indicate that the path of least resistance is to the downside or that the selloff could carry on. These moving averages could hold as dynamic resistance levels in case of corrections as well.

Stochastic is already indicating overbought conditions and might be ready to turn lower, drawing more sellers in. A break below the $9,300 level could be enough to confirm that bears are gaining traction.

However, RSI has some room to climb so bitcoin price could still attempt a larger correction. The 100 SMA is just below the $10,000 major psychologicl resistance while the 200 SMA is close to $10,500. Positive sentiment in the bitcoin industry seems to have faded as traders have turned the attention to the recent charge made by the SEC on a bitcoin exchange and its founder for allegedly defrauding clients.

At the same time, dollar demand was sustained for the most part of the previous week as hawkish Fed expectations were revived. This week, the spotlight is on FOMC head Powell’s testimony as traders are eager to find out how he plans on going about tightening monetary policy from here.

Keep in mind that bitcoin price has been trading alongside riskier assets like stocks and commodities, taking advantage of risk-on flows instead of acting as a safe-haven.

In other news, Bank of America recently warned its clients about the risks of cryptocurrencies while it was reported that Austria is planning new regulations for the industry and ICOs.