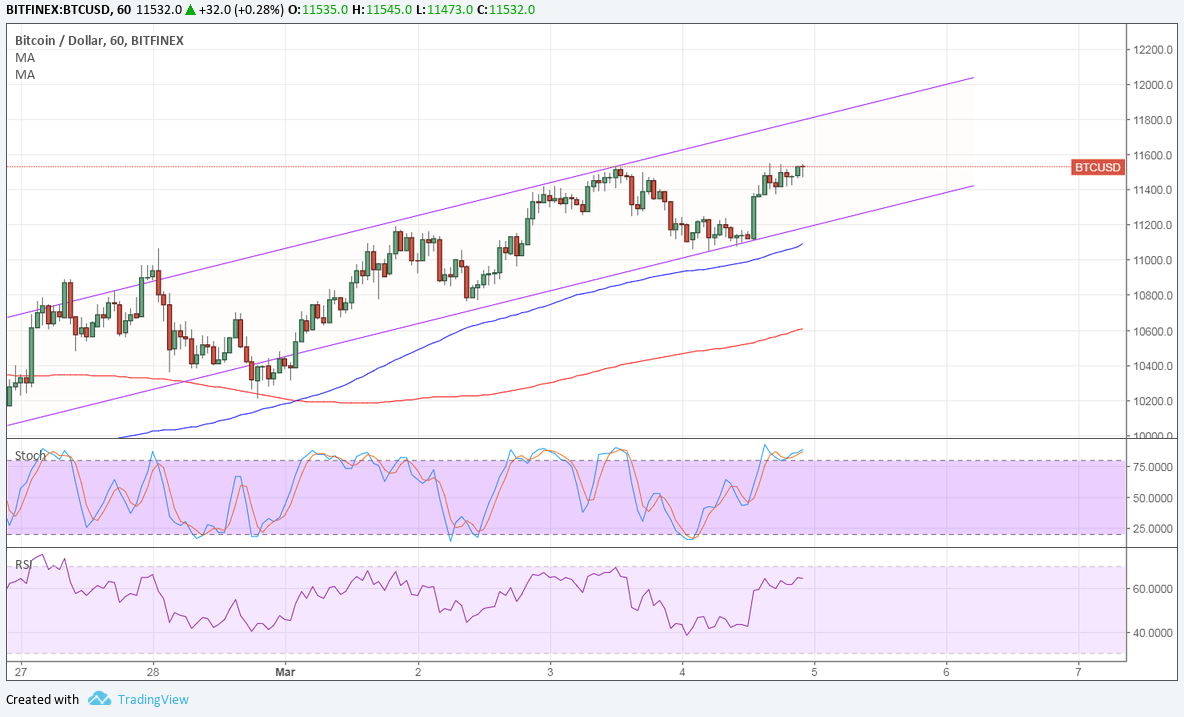 Bitcoin price is trending higher inside an ascending channel on the 1-hour time frame and may have enough momentum to climb to the top.

The 100 SMA is above the longer-term 200 SMA to show that the path of least resistance is to the upside. In other words, the uptrend is more likely to continue than to reverse. Also, the 100 SMA lines up with the channel support to add to its strength as a floor.

However, stochastic is already indicating overbought conditions and turning lower could draw sellers back in. RSI has a bit more room to climb so bitcoin price could still head north to the top of the channel before bearish pressure returns.

A break below the channel support around $11,200, however, could indicate that a reversal or downtrend is underway. Bitcoin price seems to be taking advantage of risk-off flows once more as trade war fears are gripping financial markets. Trump has announced his plans to impose higher tariffs on steel and aluminum imports in order to protect US producers, but this could wind up hurting commodity demand elsewhere.

Apart from that, its trade partners could retaliate and refuse to ship goods to the US, which would also be negative for its own economy. Stocks and commodities have tanked since the announcement, but bitcoin price has managed to retain its lead.

US reports could take center stage this week and impact BTCUSD price action as the February NFP is due on Friday. Bitcoin is a bit shaky on reports of increased SEC oversight, but market watchers appear confident that the regulator will not hamper developments in the cryptocurrency industry.