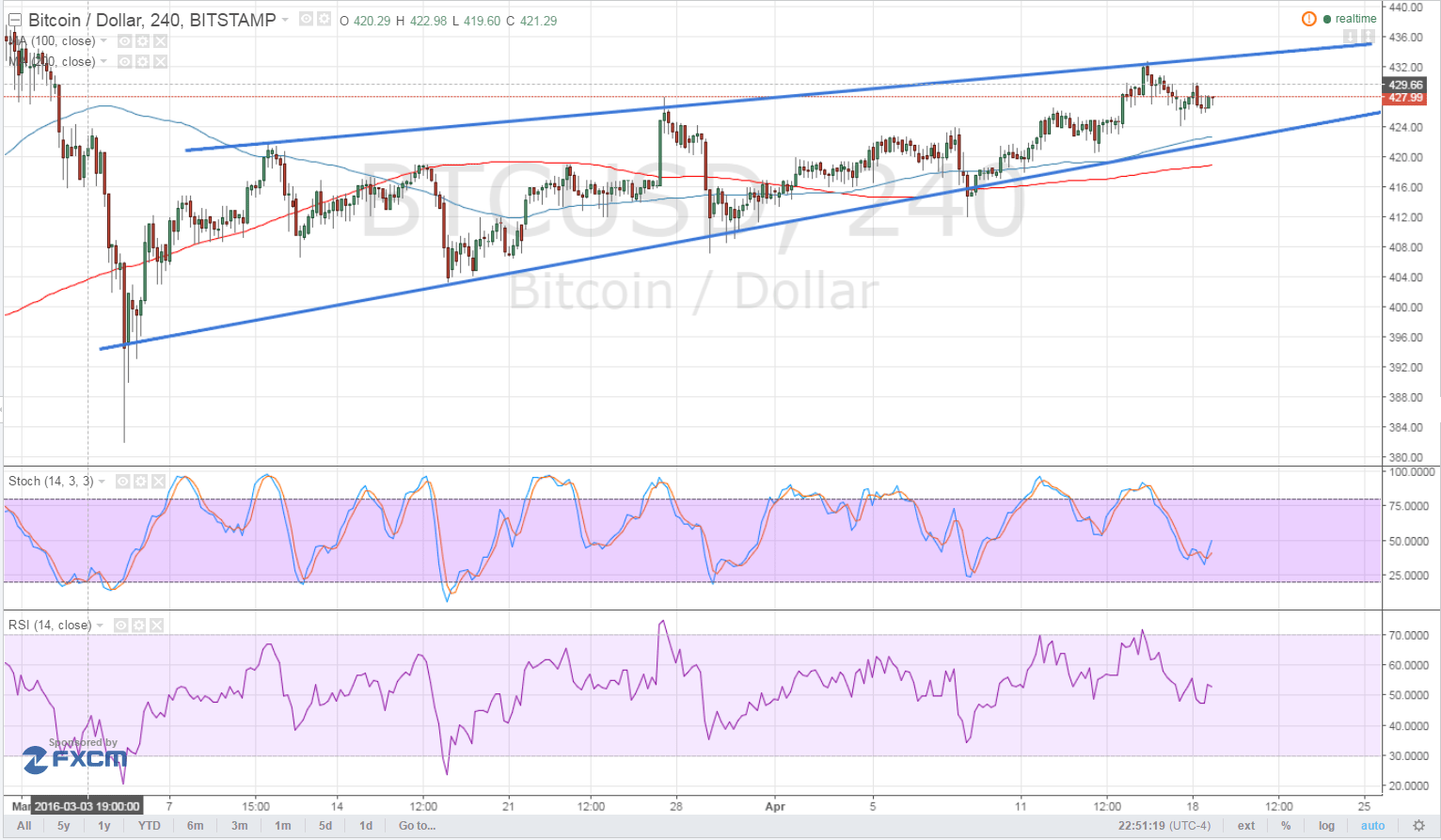 Bitcoin price could be due for a bounce off the bottom of the rising wedge as the consolidation carries on.

The 100 SMA is still above the longer-term 200 SMA so the path of least resistance is to the upside. In addition, the gap between the moving averages seems to be widening, indicating stronger bullish momentum.

Meanwhile, stochastic has turned higher even without reaching the oversold region. This could be indicative of a return in buying pressure, possibly allowing bitcoin price to make another attempt at breaking past the wedge resistance around $435.

Also, RSI appears to be moving back up but is currently on middle ground. This could be a sign that the consolidation might simply carry on, keeping bitcoin price safely inside the wedge formation.

Risk sentiment has flip-flopped recently, which explains the tight consolidation in bitcoin price. Over the weekend, the Doha meeting failed to produce a deal to cap oil output, triggering risk-off moves that weighed on bitcoin early Monday. However, reports of a strike among Kuwait’s oil industry employees leading to a massive drop in production eased supply glut fears.

Without any top-tier reports lined up from the US economy this week, there’s a strong chance that the consolidation could continue. Traders might be holding out for the FOMC statement which is scheduled for next week, although no actual policy changes are expected for the time being.

Still, market participants might consider pricing in a less upbeat outlook from the Fed given how last week’s data set turned out mostly weaker than expected.

Tags: bitcoin pricebitcoin signalsbitcoin technical analysisbitcoin tradebtcusd price
Tweet123Share196ShareSend
BitStarz Player Lands $2,459,124 Record Win! Could you be next big winner? Win up to $1,000,000 in One Spin at CryptoSlots