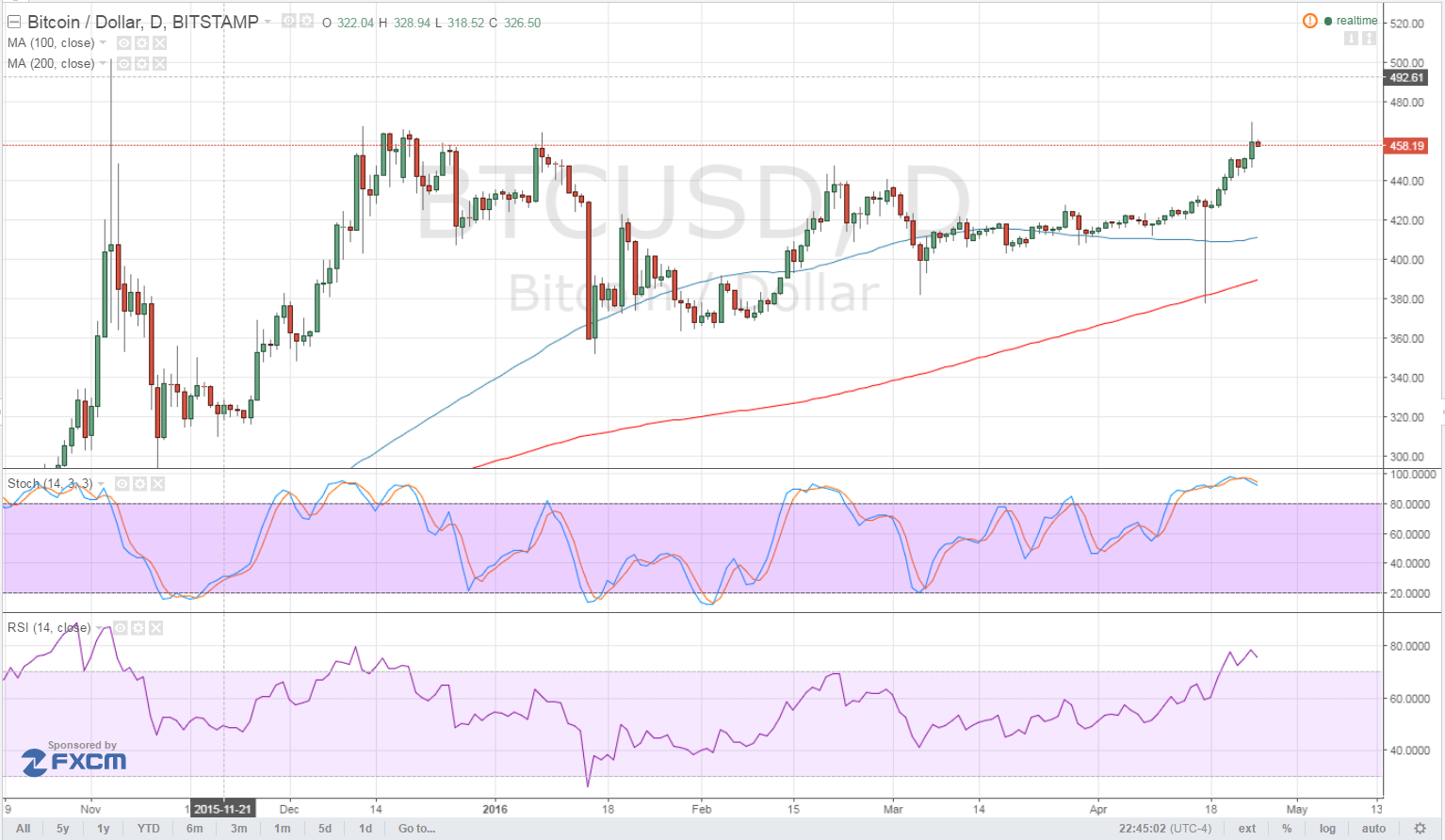 Bitcoin price could make its way to the 2015 highs near $500 if bulls continue to stay in control even with this week’s event risks.

The 100 SMA is above the longer-term 200 SMA so the path of least resistance is to the upside. However, the gap between the moving averages is narrowing so a crossover might still be possible later on. In that case, the resistance could hold and push bitcoin price back to the area of interest around $400.

Also, stochastic is indicating overbought conditions and appears ready to head lower. Once it moves below the 80.0 level, sellers could step up their game and put bitcoin price on track towards the next support zone.

In addition, RSI is in the overbought area and appears ready to head lower as well. If the current resistance near $460 keeps gains in check, bitcoin price could aim for the near-term support at $420 near the moving averages then at the $400 major psychological level.

Dollar demand has weakened in the past few days as traders are anticipating downbeat remarks from the FOMC this week. After all, retail sales, PPI, CPI, and housing data from the US have been coming in below expectations, signaling that the US economy might be slowing down.

The Fed statement is set for Wednesday’s New York trading session so traders might either continue to price in dovish expectations or reduce their short dollar holdings ahead of the event, paving the way for volatile price action.

Other market catalysts for the week include central bank statements from the Bank of Japan and Reserve Bank of New Zealand, both of which could also affect overall market sentiment and demand for riskier assets like bitcoin.