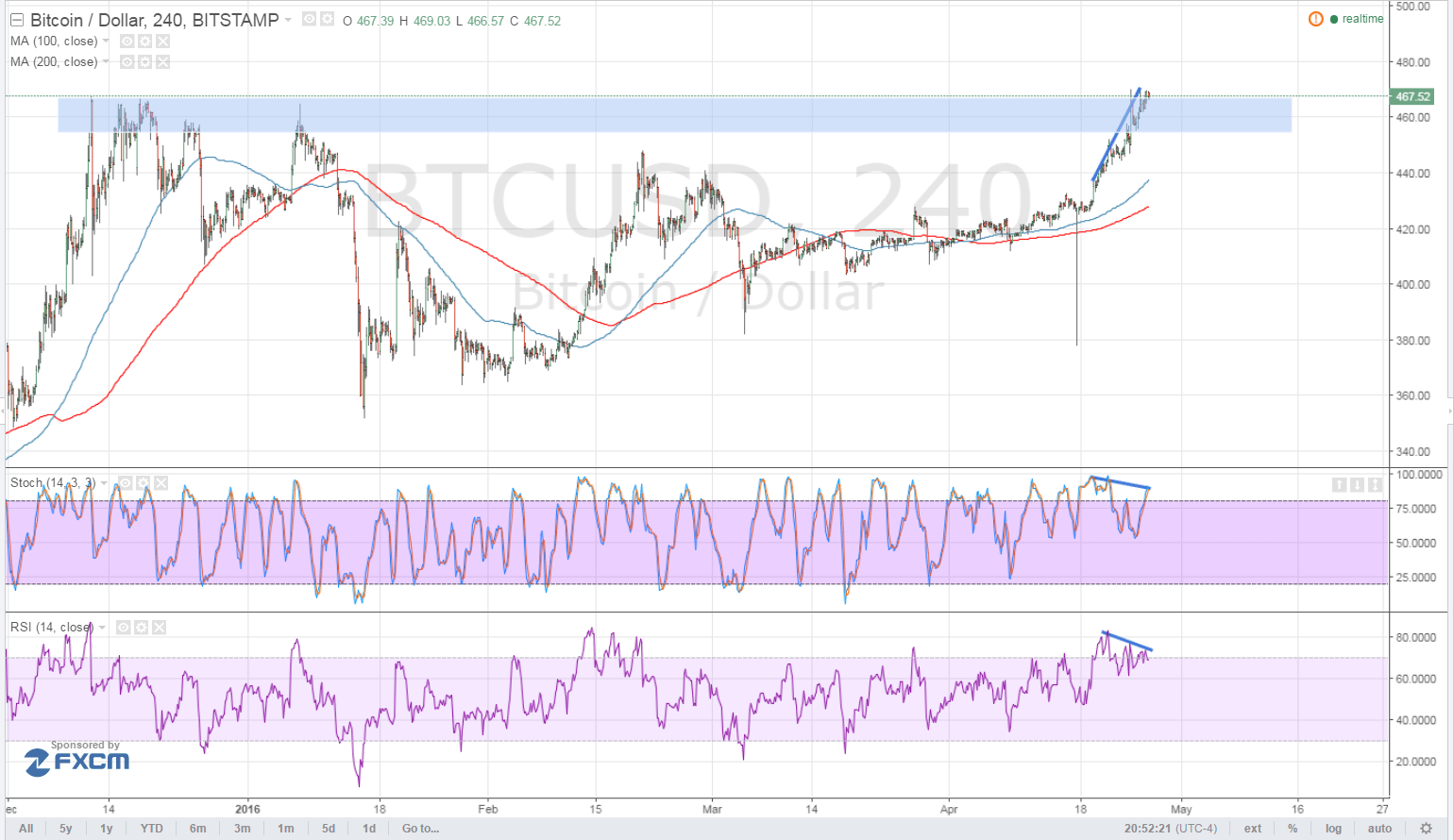 Bitcoin price could be due for a selloff at this major resistance level, as the market is overbought and profit-taking could happen.

The 100 SMA is still above the longer-term 200 SMA so the path of least resistance is to the upside. Also, the gap between the two moving averages is widening and this indicates that bullish momentum is getting stronger.

However, stochastic is indicating overbought conditions and is ready to turn lower, possibly drawing sellers back to the mix. Similarly RSI is heading south so price could follow suit.

More importantly, bitcoin price is showing a bearish divergence from these oscillators which have formed lower highs. This could mean that the current resistance would hold and push price back down to the nearby support at $440. On the other hand, stronger bullish pressure could spur an upside break from the resistance and a climb to the previous year highs around $500.

The upcoming FOMC statement could determine where bitcoin price is headed next, as this event typically has a strong impact on dollar direction.

Note that economic data from the US has been mostly weaker than expected so there’s a good chance that policymakers could sound more cautious than usual. If so, bitcoin could continue to climb as this scenario would also be good for higher-yielding and riskier assets.

Still, their previous testimonies indicate that two more rate increases could be likely this year, keeping the possibility of a June hike on the table. If their rhetoric in this week’s statement confirms this, the dollar could advance against bitcoin price and allow the current resistance to hold.