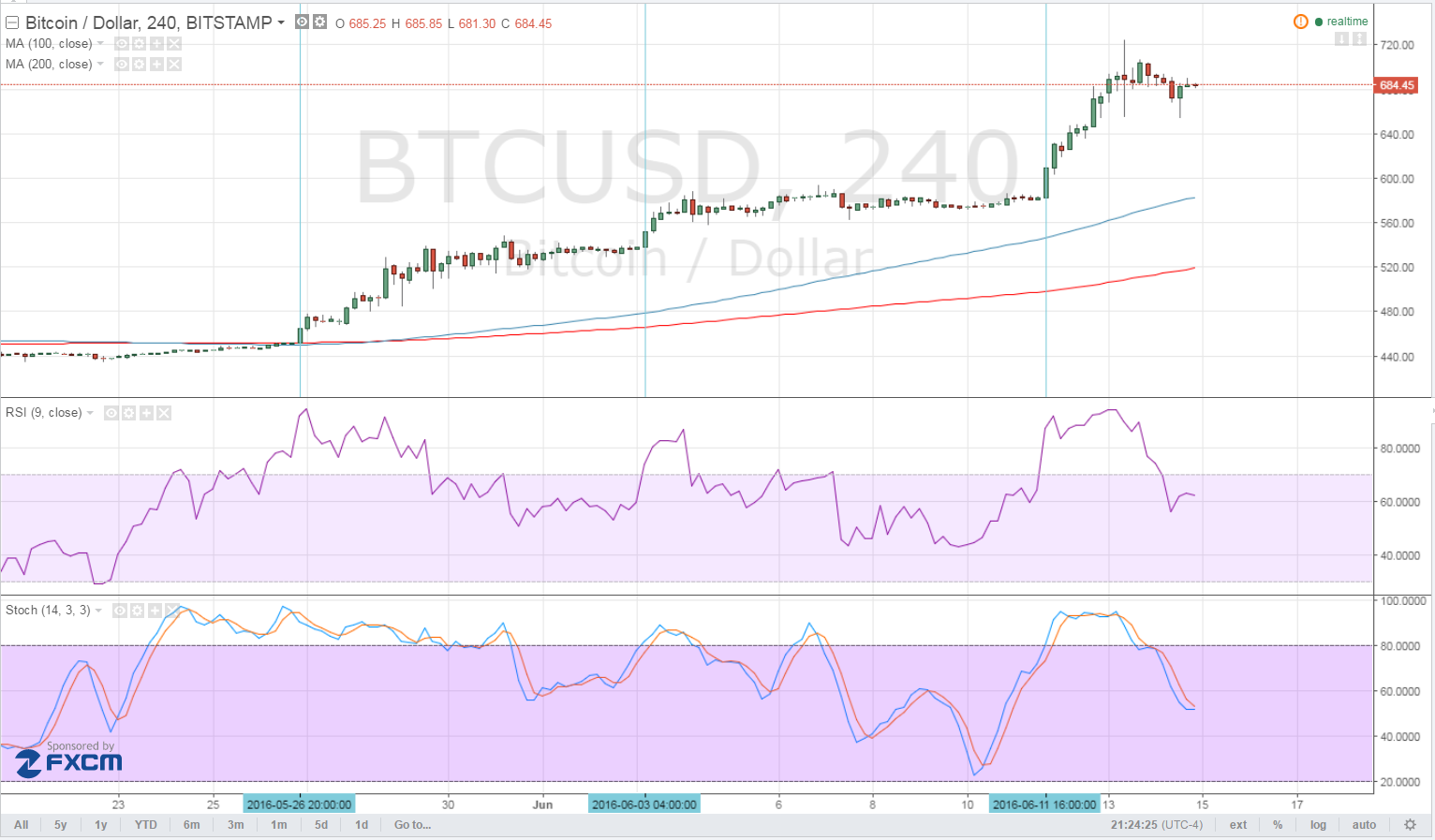 Bitcoin price could keep up its pattern of weekend breakouts unless the FOMC statement results to a strong surge in dollar demand.

The 100 SMA is above the 200 SMA so the path of least resistance is to the upside, and the gap between the two moving averages is widening so bullish momentum is strengthening.

However, stochastic and RSI are both moving south from the overbought zones, indicating that profit-taking is happening. For now, the near-term support around $655 is keeping losses in check, and a break below this level could spur a larger correction.

As mentioned earlier, the breakouts occurred on May 26 (Thurs), June 3 (Fri), and June 11 (Sat) so there’s a good chance that another upside move could be seen around the weekend onto Monday, especially with the EU referendum scheduled a little over a week from today.

Three major factors are driving investors towards bitcoin and other alternative currencies these days. One of these is the upcoming EU referendum, which is leading traders to move funds away from European equities and fiat currencies onto virtual currencies which aren’t influenced by governments or central bank policy.

Another factor propping up bitcoin price is the weak data from China, which is also encouraging investors in the region to dump their Chinese assets and currency in favor of the cryptocurrency. Lastly, the major central bank decisions scheduled this week are also discouraging traders from risking their account on positions on fiat currencies which could be in for sudden surprise moves during the policy announcements.

This phenomenon is expected to carry on until next week when the EU referendum will take place. Depending on the outcome of this event, bitcoin price might either resume its climb or make a sharp retreat on profit-taking.