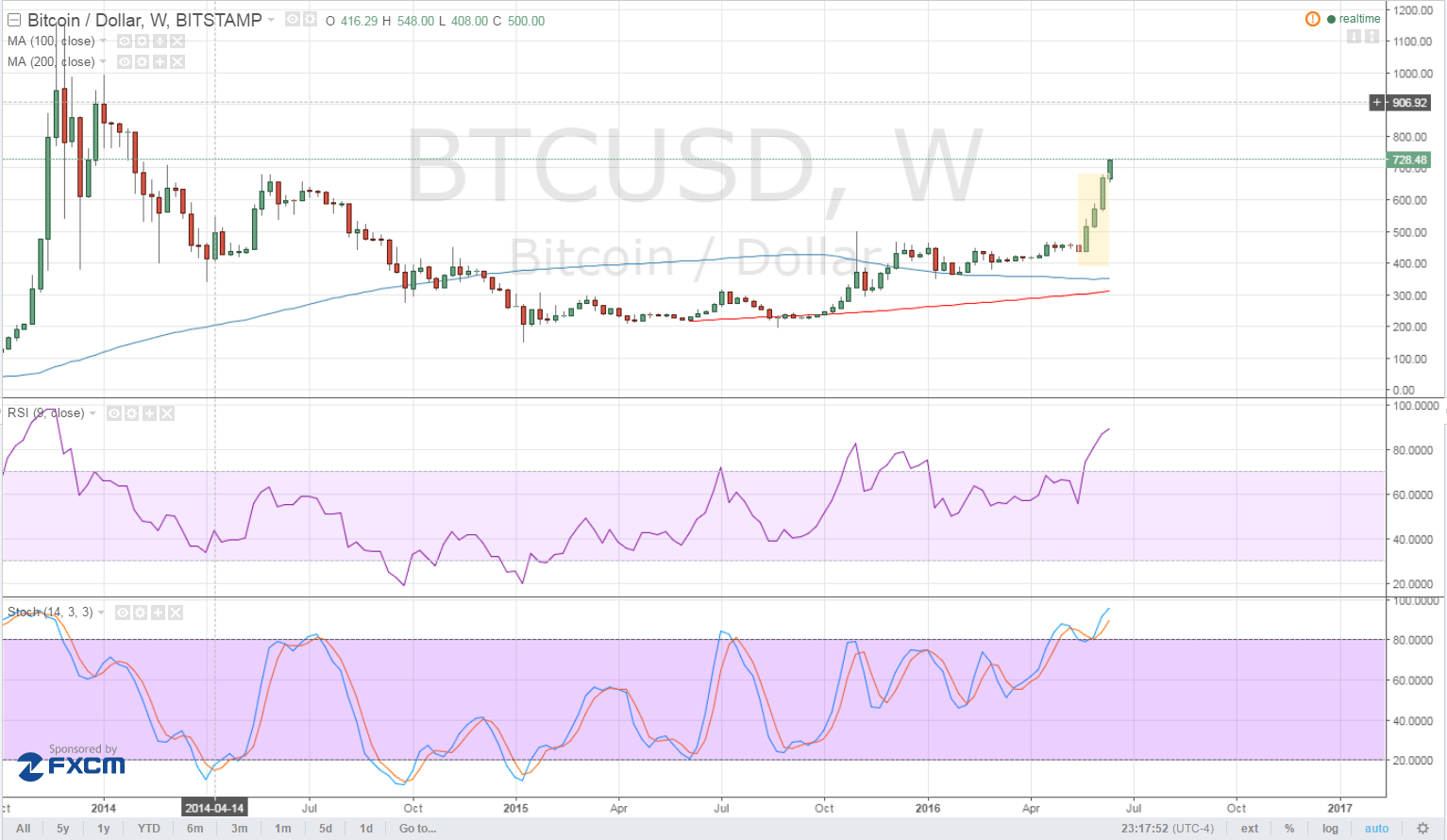 Bitcoin price has formed a three white soldiers pattern on its weekly chart, confirming that further gains are in the cards.

The 100 SMA is above the longer-term 200 SMA for now, confirming that the path of least resistance is to the upside. However, the gap between the moving averages is closing in so a downward crossover could still be imminent, indicating a potential turn in sentiment.

RSI is still in the overbought region but hasn’t turned lower, which means that bullish pressure might be weakening but that buyers haven’t given up yet. Similarly, stochastic has been indicating overbought conditions for quite some time but hasn’t crossed down to show a return in selling momentum. In a nutshell, this suggests that bulls are still very much in control of bitcoin price action.

The FOMC decision has passed and yielded more gains for bitcoin price against the dollar as the Fed refrained from hiking interest rates. In addition, FOMC policymakers lowered their growth forecast for 2016 and 2017, reflecting a less hawkish outlook and dampening demand for the Greenback.

The next major event risk for bitcoin price is the EU referendum, as a potential Brexit could bring an influx of funds from Europe and onto alternative assets such as bitcoin. So far, demand from Chinese investors also remains strong as the weak data has convinced market watchers that the government could keep the yuan weak and might impose additional capital controls.

Tags: bitcoin pricebitcoin technical analysisbrexitbtcusd
TweetShare
BitStarz Player Lands $2,459,124 Record Win! Could you be next big winner? Win up to $1,000,000 in One Spin at CryptoSlots