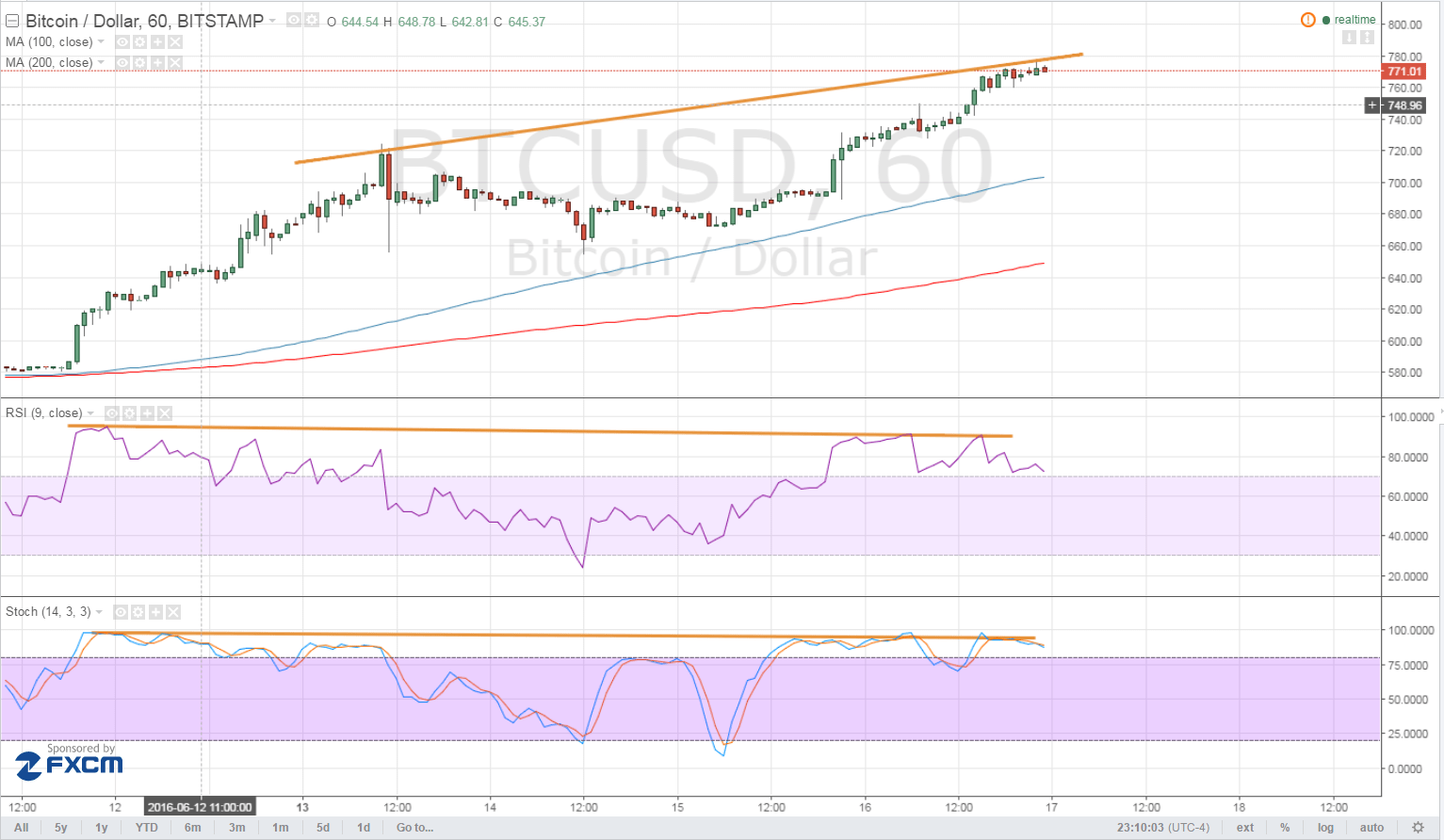 Bitcoin price could be due for a quick selloff at this point, as profit-taking might happen ahead of the weekend and next week’s EU referendum.

The 100 SMA is above the 200 SMA for now so the path of least resistance is to the upside. In addition, the gap between the moving averages continues to widen, reflecting strengthening bullish pressure.

However, stochastic is already indicating overbought conditions, which means that buyers are feeling exhausted and that sellers might take over. Similarly, RSI is heading south from the overbought zone so bitcoin price might follow suit.

To top it off, a bearish divergence has materialized as both oscillators made lower highs since June 12 while price drew higher highs then. This could be a sign that bearish pressure is building up and might trigger a drop sooner or later. If so, bitcoin price could retreat to the nearby area of interest at $700. A stronger selloff could last until the dynamic support at the 100 SMA.

Perhaps the next biggest catalyst for a move in bitcoin price would be next week’s EU referendum. Traders have been moving funds into the cryptocurrency and away from traditional assets and fiat currencies leading up to this major event, as it could spark unprecedented volatility in the financial markets.

Aside from that, Chinese investors continue to channel money into bitcoin as well, anticipating potential central bank easing or yuan devaulation in the wake of downbeat reports from China earlier this week.

Still, any Brexit updates could have a strong say in bitcoin price action leading up to the weekend, as rumors have swirled that the referendum might be postponed following the fatal shooting of UK Member of Parliament Jo Cox yesterday. A wider lead in favor of staying in the EU could also spur profit-taking for bitcoin trades.

Tags: bitcoinbitcoin brexitbitcoin technical analysisbtcusd
TweetShare
BitStarz Player Lands $2,459,124 Record Win! Could you be next big winner? Win up to $1,000,000 in One Spin at CryptoSlots