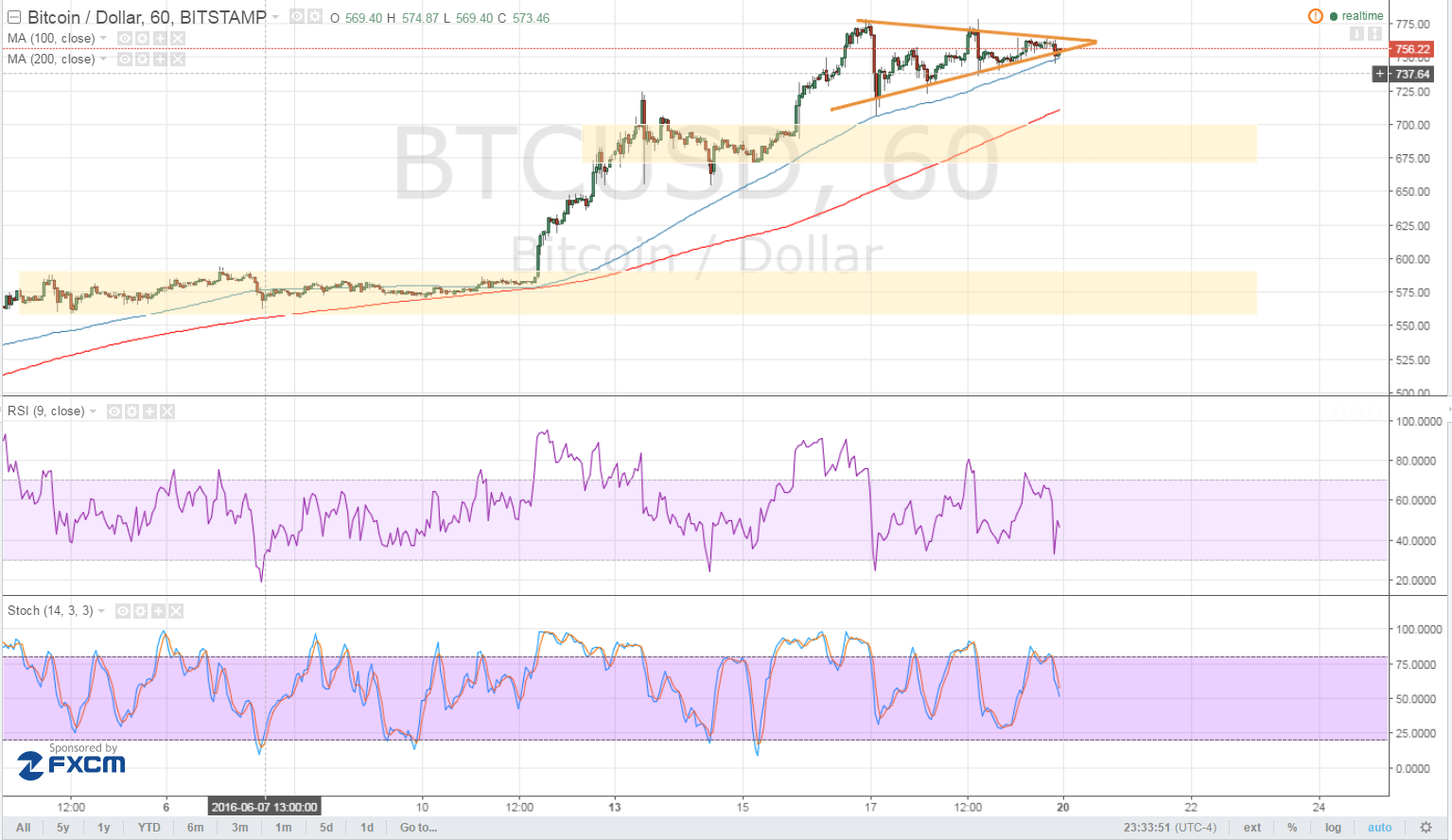 Bitcoin price could be in for a sharp drop if traders decide to book profits off their recent long positions.

The 100 SMA is above the 200 SMA, which means that the path of least resistance is to the upside and that further gains are possible. In addition, this short-term moving average lines up with the symmetrical triangle support and is holding as a dynamic inflection point. The gap between the moving averages is widening so bullish pressure could be building up.

However, stochastic is pointing down, hinting that sellers could take control of bitcoin price and push for a downside break. If so, price could head towards the next floor around the $675-700 area, which is around an area of interest and is also close to the 200 SMA. A break below this area could bring bitcoin price to the next long-term support at $575.

RSI appears to be turning higher even without reaching the oversold region. If buyers stay on top of their game, bitcoin price could make yet another upside breakout, depending on the outcome of this week’s market events.

Bitcoin price has been strongly supported by the uncertainty in the financial markets throughout the month, leading traders to put money in alternative assets like cryptocurrencies versus traditional ones like stocks and currencies. The upcoming EU referendum could have a strongly volatile impact on these markets, with some analysts predicting that central banks could scramble to intervene if the UK votes to leave the bloc.

In that scenario, bitcoin could be in for a much sharper rally, as investors might move funds out of equity markets onto virtual currencies. On the other hand, a vote to keep the UK in the EU would revert to the status quo and probably convince traders to book profits off their “uncertainty positions” on bitcoin.