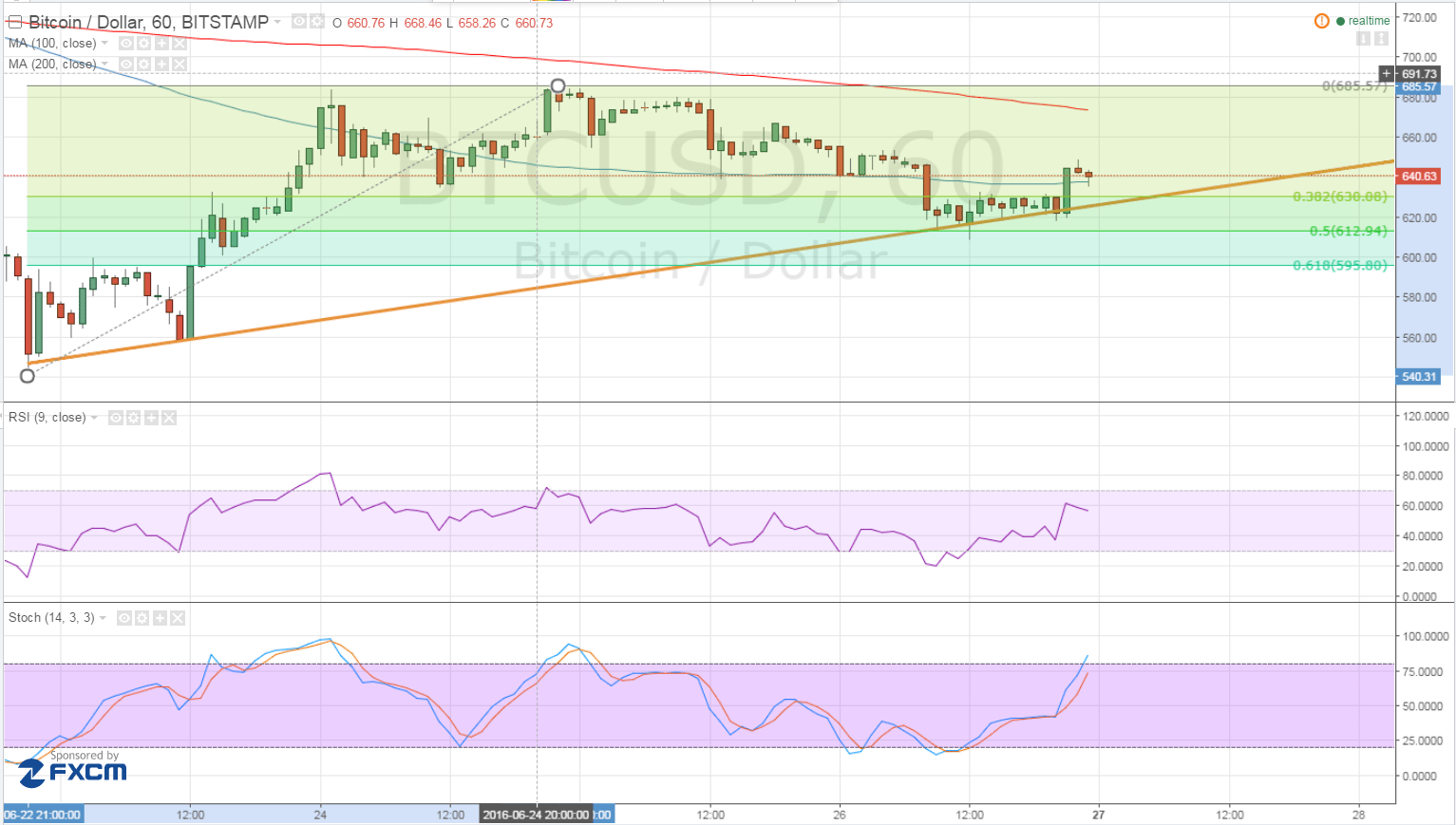 Bitcoin price appears to be pulling up from its post-Brexit surge but the short-term uptrend could remain intact.

The 100 SMA is below the 200 SMA on this time frame, signaling that the path of least resistance might be to the downside. A break below the trend line and 61.8% Fibonacci retracement level could confirm that further losses are in the cards, paving the way for a much larger correction for bitcoin price.

RSI is nearing the overbought region, indicating that bullish pressure could weaken soon and allow sellers to take over. Stochastic is also near the overbought area and a downward move could draw more bears to the game.

On the other hand, if bulls continue to push higher, bitcoin price could resume its climb to the swing high at $685 and beyond. This depends on how market events play out for the next few days.

Bitcoin price could continue to be sensitive to market sentiment, as uncertainty and volatility in other financial arenas have pushed investors to put money in virtual currencies. For this week, any updates related to negotiations between the EU and the UK could push prices around.

Apart from that, threats of intervention or policy easing from central bank officials could lead to bitcoin demand, as this appears to have been the case in China in late May. As more investors speculate about a slowdown in the global economy, bitcoin could emerge as a potential safe-haven like gold and other precious metals since its value cannot be altered by governments and monetary authorities.

Tags: bitcoin pricebitcoin technical analysisbrexitbtcusd
TweetShare
BitStarz Player Lands $2,459,124 Record Win! Could you be next big winner? Win up to $1,000,000 in One Spin at CryptoSlots