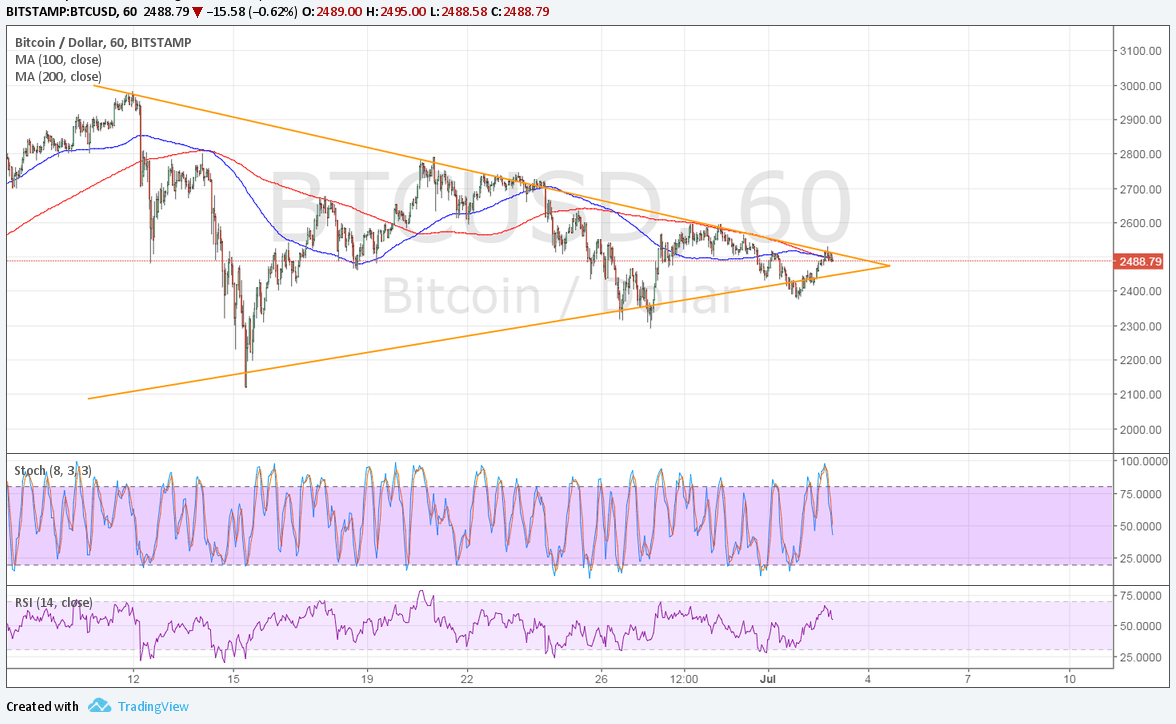 Bitcoin price is consolidating in a symmetrical triangle at the moment so it might be best to wait for a convincing break before taking any positions.

The 100 SMA is below the longer-term 200 SMA at the moment but seems to be attempting to move higher, which might signal that the path of least resistance is to the upside. In other words, a break higher could be more likely to happen than a breakdown if that upward crossover materializes.

Stochastic is turning lower after showing a bearish divergence, though, which means that selling pressure is in play. RSI is also pointing down to show that sellers are in control of bitcoin price action for now.

The trading week could be off to a slow start since it’s a long weekend in the United States with the Fourth of July festivities underway. Also, traders are likely to hold out for major market catalysts due later in the week.

One of these is the NFP release which might signal how the U.S. economy and the dollar might fare in the next few months. Another dismal read could cast doubts on the Fed’s rate hike timeline and cause U.S. bond yields to drop, which might then renew demand for bitcoin.

On the other hand a very strong read could shore up demand for the U.S. currency and lead traders to liquidate more of their cryptocurrency holdings, especially since there has been a lack of positive news from the industry itself so far.