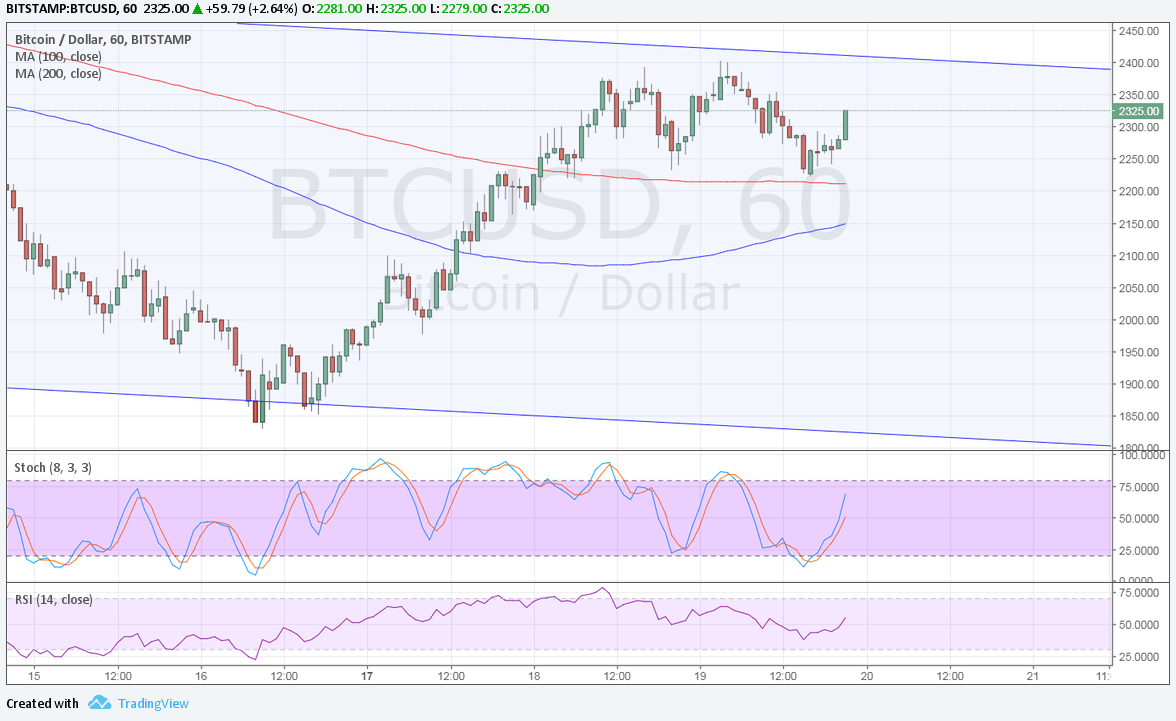 Bitcoin price is still hovering around its long-term resistance and showing a short-term reversal formation.

The 100 SMA is below the longer-term 200 SMA on the 1-hour chart so the path of least resistance is to the downside. However, the gap between the moving averages is narrowing to indicate a potential upward crossover. If this materializes, bullish momentum could strengthen and trigger a break past the descending channel resistance visible on longer-term charts.

Stochastic is also pointing up to show that buyers are regaining control of bitcoin price action. RSI is heading higher as well so bitcoin might follow suit. But if the resistance around $2400 holds, a triple top pattern could form and this is still a classic reversal signal.

The double top spans $2250 to $2400 so the resulting selloff could be of the same size, taking bitcoin down to $2100 near the 100 SMA dynamic support. A break below this area could take it down to the channel support at $1800 next.

The US dollar is under some selling pressure lately due to the delays in the Obamacare repeal, which reminds traders of the roadblocks that the Trump administration faces before enacting tax cuts. Analysts predict that it would take until late 2018 to implement these fiscal reforms, so companies would have to wait longer for lower corporate taxes and equities might need to return their recent gains.

For now, though, US stocks are being supported by strong earnings figures. However, bitcoin continues to stay afloat also as there are several uncertainties in play. For one, the upcoming central bank decisions could have repercussions on global economic prospects and the renewed focus on Brexit talks is also keeping investors on edge.