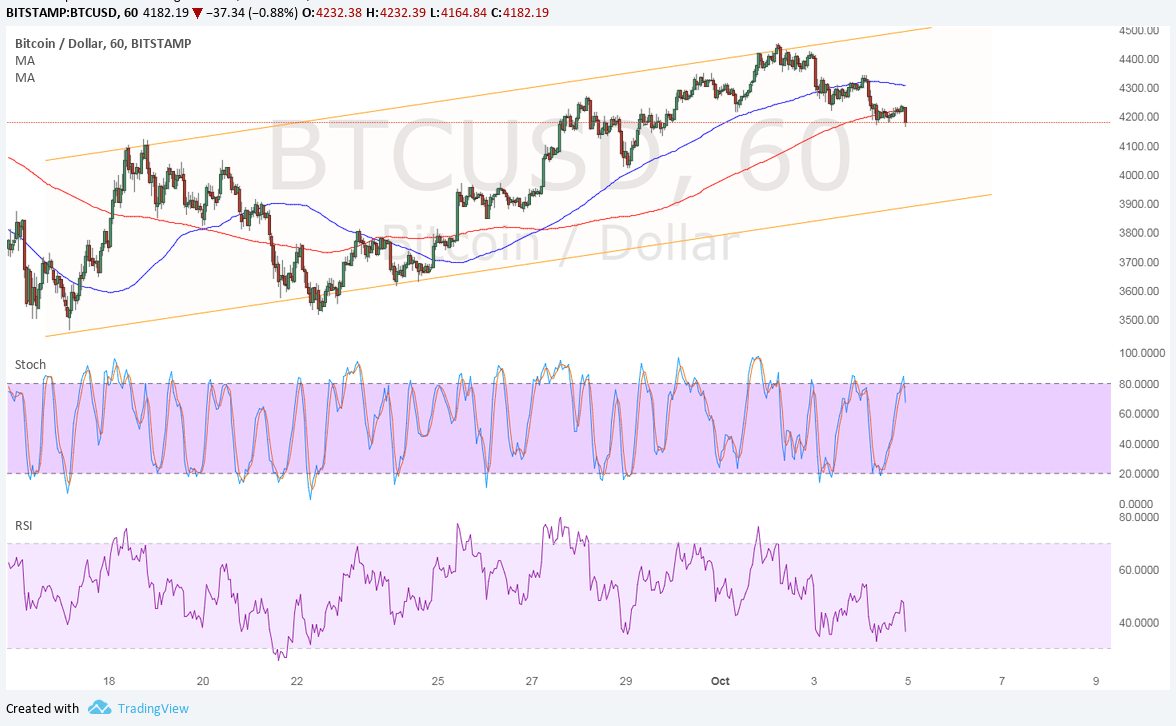 Bitcoin price could be poised for more downside from here, and this bearish momentum is supported by technical signals.

The 100 SMA is still above the longer-term 200 SMA on the 1-hour time frame to indicate that the path of least resistance is to the upside or that the uptrend could resume. However, the gap between the moving averages is narrowing to hint at a potential downward crossover and return in bearish pressure.

Stochastic hasn’t quite reached overbought levels but is already turning lower to indicate that bears are eager to push bitcoin price back down. RSI is also heading south so bitcoin could follow suit until the channel support around $3800-4000. Price has yet to test the mid-channel area of interest, though, and if this holds, another move to the resistance near $4500 could be underway.

Dollar demand is clearly taking the lead these days, buoyed by strong equities performance on the prospect of tax cuts, upbeat economic data, and a potential December Fed hike. The ISM manufacturing and non-manufacturing surveys, as well as the ADP non-farm employment change report, have all shown upside surprises so the official NFP read could do the same.

Meanwhile, risk aversion is retreating as headlines are no longer dominated by North Korean threats. There is some degree of geopolitical risk left owing to the Catalan elections and the attack in Las Vegas, but these don’t seem enough to drive investors strongly towards digital gold or bitcoin.

Apart from that, the ban on ICO by South Korea mirrors the moves of China last month, so traders are also wary that this Asian nation might also ban bitcoin trading later on.