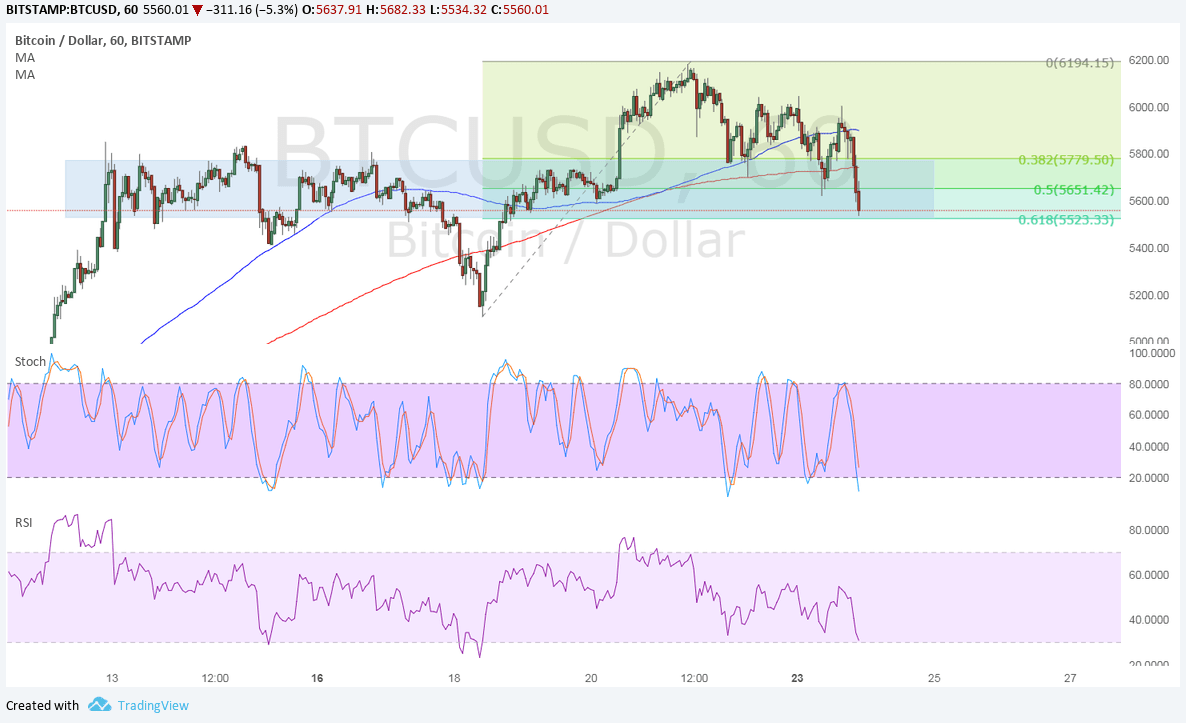 Bitcoin price is in the middle of a correction and is around the decision-making point for buyers.

The 100 SMA is above the longer-term 200 SMA so the path of least resistance is to the upside. This means that the uptrend is more likely to resume than to reverse. The gap is still sufficiently wide to suggest that a downward crossover or return in selling pressure isn’t imminent.

Stochastic is on the move down but is nearing oversold levels to show exhaustion among bears. RSI is also approaching oversold territory, so buyers could take over if sellers take a break.

In that case, bitcoin price could still bounce back to the swing high or create new record highs. There is still significant buying interest at this former resistance area, which lines up with the 61.8% Fibonacci retracement level.

The emergence of bitcoin gold has been weighing on bitcoin price these days as investors are once again worried about how the upcoming network upgrade could fare. Back in August, the rise of bitcoin cash also brought about several setbacks in bitcoin’s ascent, but the core version eventually won out.

Representatives of bitcoin gold say that the new cryptocurrency network is aiming to be open to the public by November 1st. It aims to lessen the control of miners on the bitcoin network by replacing the current algorithm with one that cheaper graphics processing units can mine.

This could then undermine the current valuation of bitcoin core, which has proven to be very costly to generate using expensive application-specific integrated circuits.