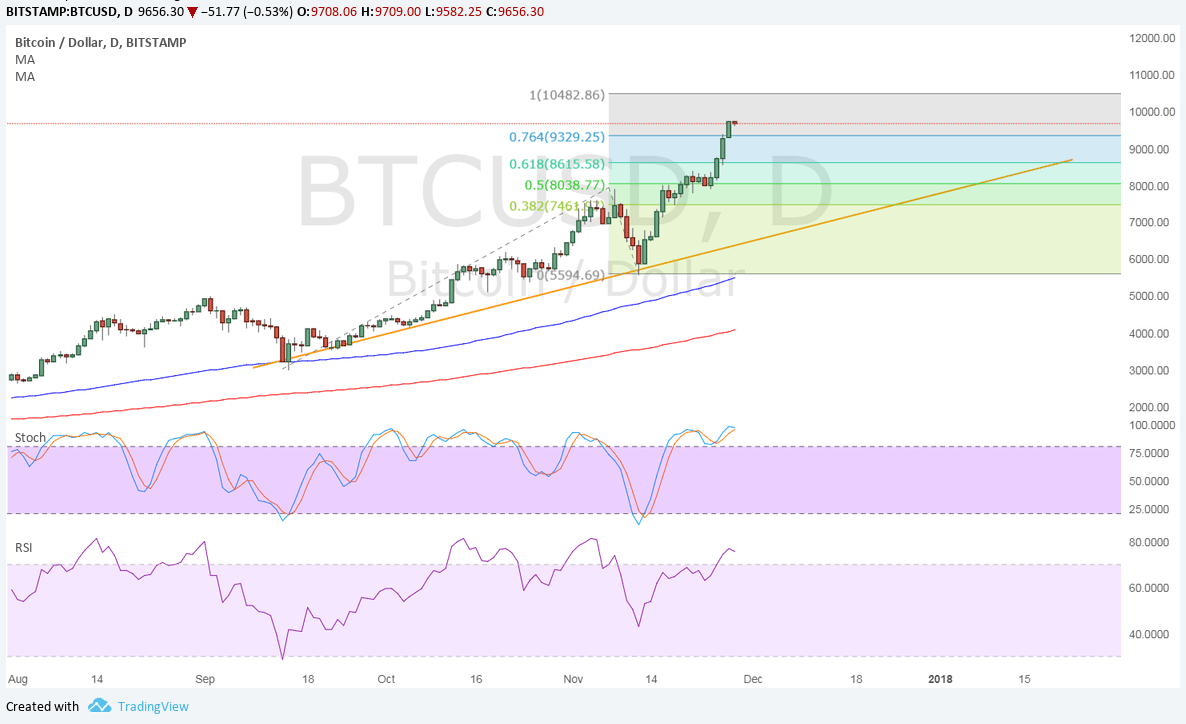 The 100 SMA is above the longer-term 200 SMA on the daily time frame, confirming that the path of least resistance is still to the upside. This means that the climb is more likely to continue than to reverse anytime soon. Also, the gap between the moving averages is widening to reflect stronger bullish momentum.

However, stochastic is already indicating overbought conditions, which means that buyers are starting to feel tired. Similarly, RSI is in the overbought level as well and might be ready to turn back down.

Bitcoin price has been on a tear since the Thanksgiving holidays as Coinbase reportedly added 100,000 accounts in the latter part of the previous week. This represents a huge jump in retail trading activity, and the recent rally has given investors reason to reopen their long positions.

Besides, traders still appear hesitant to put their money on other versions of bitcoin as these have suffered low network acceptance. Dollar demand has also been shaky in the midst of event risks like the Senate vote on tax reform and potentially slower tightening for next year.

Risk aversion owing to resurfacing concerns about North Korea has also propped bitcoin price up as cryptocurrencies tend to attract safe-haven flows away from traditional markets during these scenarios.