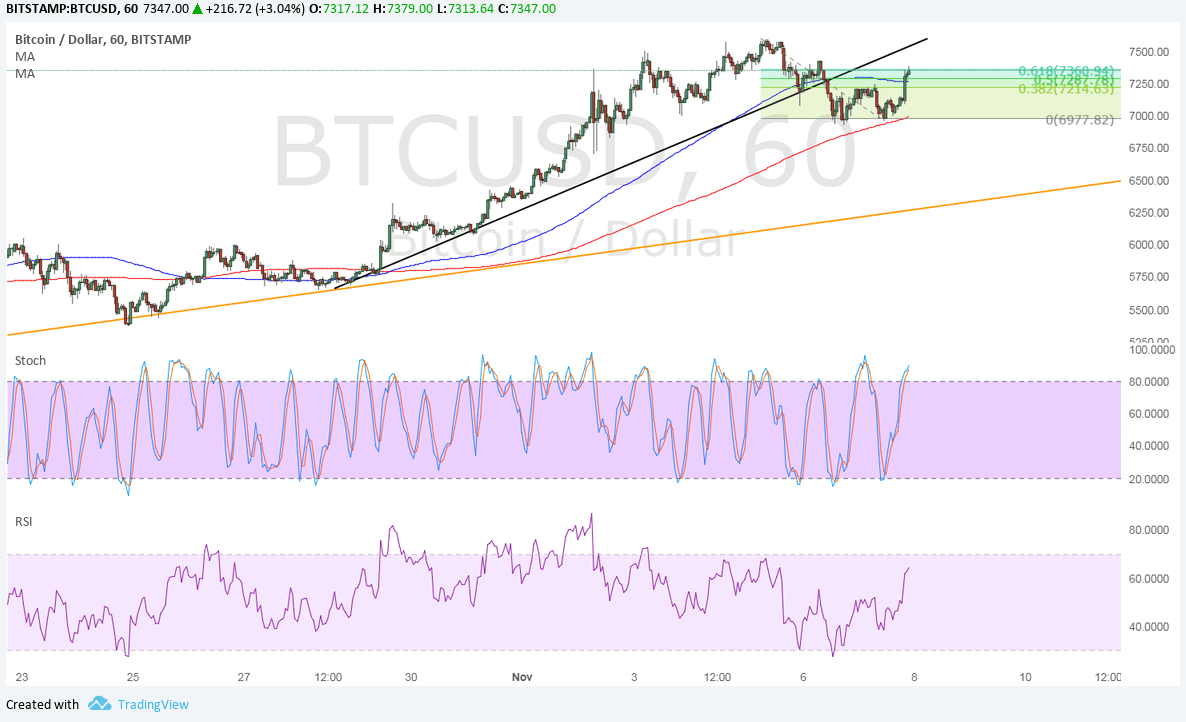 Bitcoin price seems to be resuming its climb from here, but it could merely be a pullback to the broken short-term support level.

The 100 SMA is still above the longer-term 200 SMA on this time frame so the path of least resistance is to the upside. However, the gap is narrowing and the short-term moving average is turning lower to signal a potential downward crossover.

If so, bearish pressure could return once bitcoin price tests the broken trend line just slightly above the 61.8% Fibonacci retracement on the breakdown move. A drop below the swing low at $6977 could spur a move until the longer-term rising trend line at $6500.

Stochastic is pointing up to show that buying momentum is present but the oscillator is already dipping into overbought territory to suggest rally exhaustion. RSI has more room to climb so buyers could stay in control for a bit longer. A move past the swing high could mean that a sharper uptrend is underway.

Investors are understandably nervous ahead of the bitcoin network upgrade but the overall mood seems positive since the previous hard fork turned out well. Recall that the August upgrade allowed bitcoin to handle more transactions than before, thereby generating stronger demand and moving up to record highs.

Meanwhile, the dollar is under pressure because of the setbacks to tax reform. There have been talks of Senate imposing a one-year delay before implementing the proposed tax cuts, which would mean a delay in the foreseen positive impact on the US economy. Congress is scheduled to vote on the proposal next week and if all goes well, the dollar could recover.