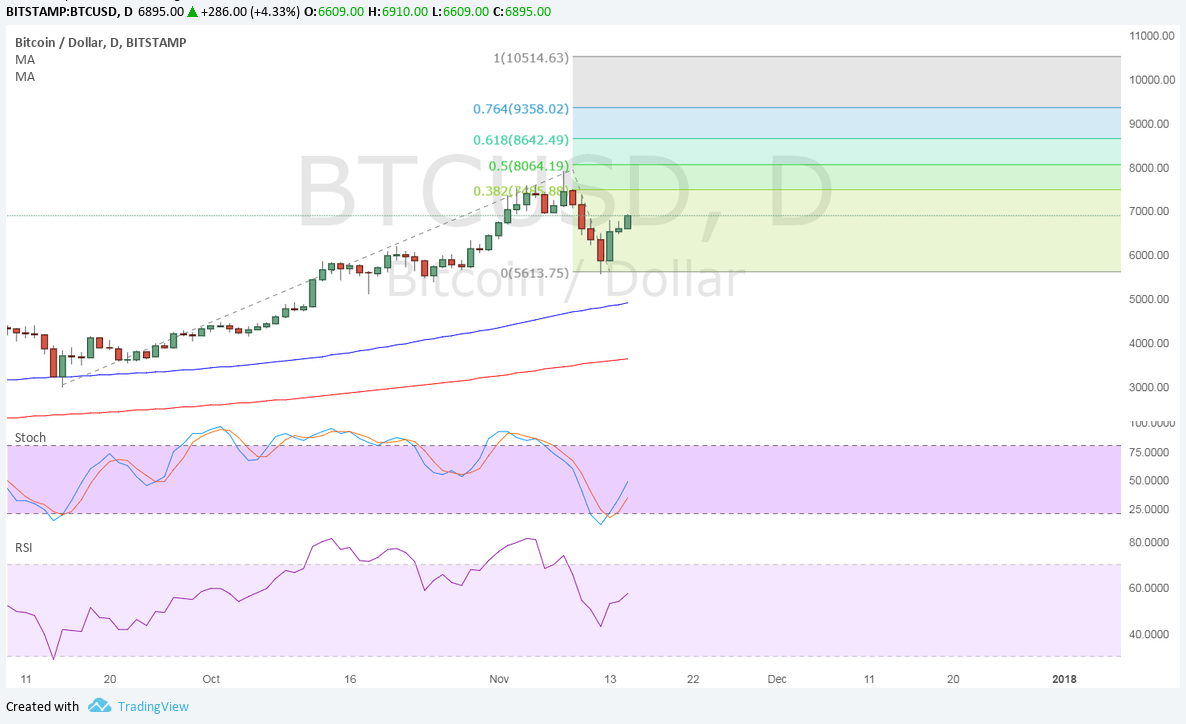 Bitcoin price is resuming its climb after finding support at an area of interest and setting its sights on the Fib extension levels.

The 100 SMA is above the longer-term 200 SMA to indicate that the path of least resistance is to the upside, which means that the rally is more likely to continue than to reverse. The gap between the moving averages is widening to reflect strengthening bullish momentum.

Stochastic is just making its way out of the oversold region to reflect a return in bullish momentum. A bullish divergence can be seen as this oscillator made lower lows since mid-October while price had higher lows.

RSI has been on its way down but has turned back up to signal that bulls are eager to jump back in without even seeing oversold conditions. Both oscillators have plenty of room to climb so bitcoin price could follow suit.

Fresh setbacks to tax reform are haunting the dollar as Senator Paul Rand declared plans to abolish the individual mandate portion of Obamacare in line with tax legislation. This could delay any progress between the Senate and the House which is due to vote on their version of the bill later this week.

Meanwhile, the shaky launch of rival bitcoin gold has allowed the core version to regain footing. For as long as network acceptance remains low, bitcoin price could continue to reap gains and recover from the selloff after the hard fork suspension.