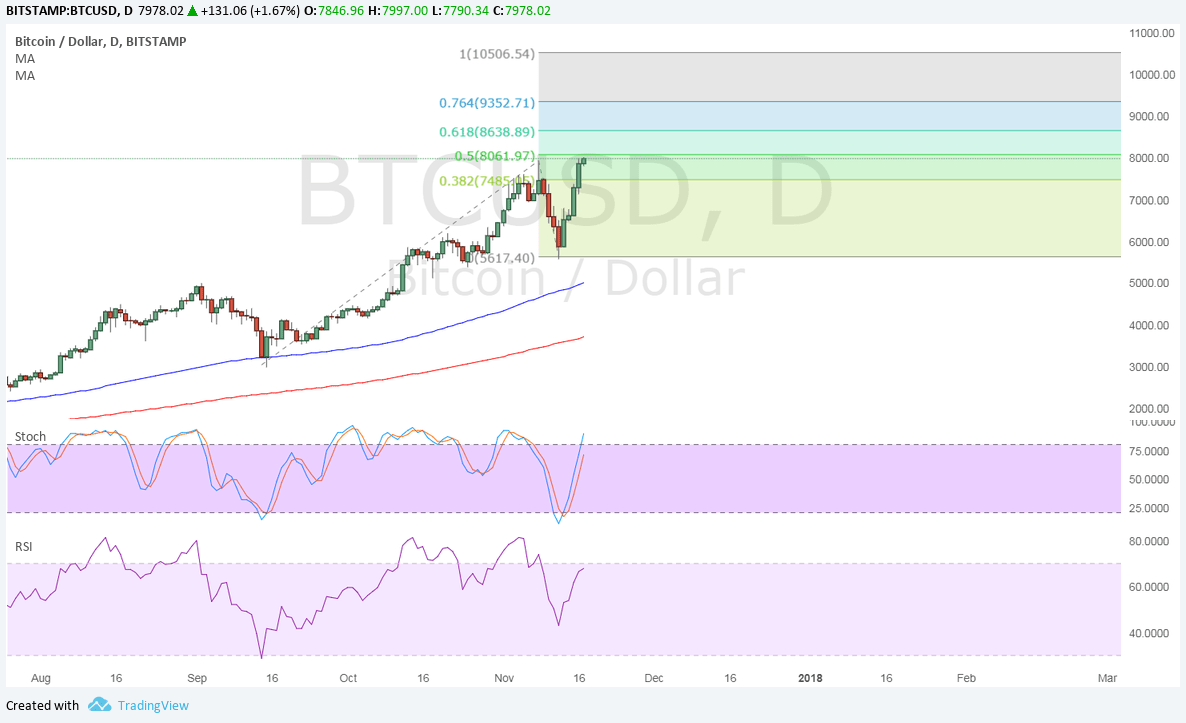 The 100 SMA is above the longer-term 200 SMA on the daily time frame so the path of least resistance is to the upside. Moreover, the gap between the moving averages is widening to reflect stronger bullish pressure.

Stochastic is on the move up to show that buyers are in control of price action. RSI has more room to climb so bitcoin price could keep following suit until both indicators turn from oversold levels.

Bitcoin has been shrugging off naysayers claiming that the bubble is about to burst as it continued its stellar rebound even after the suspension of the network upgrade. The core version has managed to outpace other rival versions like bitcoin cash and bitcoin gold so far.

For instance, bitcoin cash has been down more than 25% in under 48 hours even as the core version was unable to push through with the upgrade that would’ve doubled the transaction capacity of the network. Many believe that this upgrade is still bound to take place sooner or later and are pricing in expectations for a likely pickup in demand then.

The rise in volumes, supported by increasing investor interest, has been seen as the main factor spurring gains. According to CoinMarketCap.com, cryptocurrency markets have seen in excess of $10 billion in trading volume in the past 24 hours.