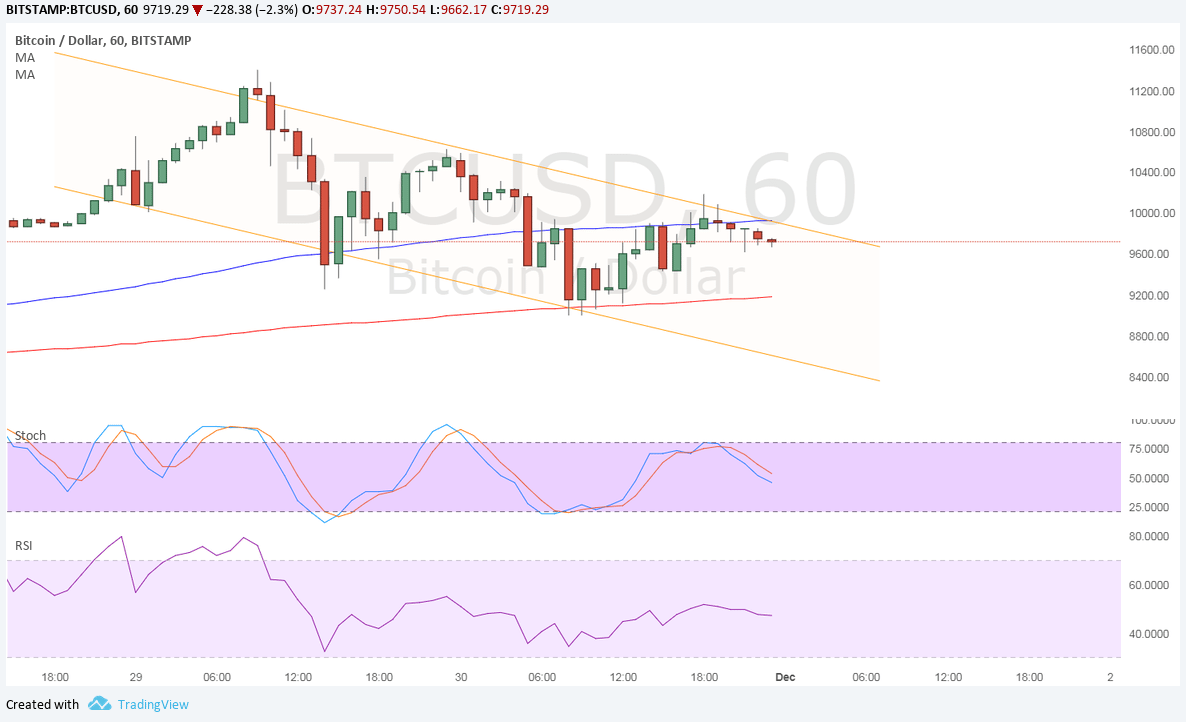 Bitcoin price is slowly trending lower on profit-taking off the recent moves and a return in dollar demand.

Stochastic is also moving south to show that sellers are in control of price action. RSI is treading sideways to signal potential consolidation from here.

The dollar has slowly been regaining ground to its counterparts as Senate moves forward with its vote on the tax bill. After passing the Senate Budget Committee and seeing a positive revision in the JCT estimates, the bill also drew support from Senator John McCain, which was seen as the main catalyst for the recent dollar rally.

Further progress in this regard could take bitcoin price lower to the dollar as traders reestablish their long USD positions. Apart from that, data from the US economy has been mostly upbeat and reflective of some progress in higher inflation.

However, there’s also the chance that geopolitical risk could pick up as Trump is looking to replace Secretary of State Tillerson to pursue less diplomatic tactics with North Korea.

This usually props up cryptocurrencies like bitcoin as traders continue to seek higher returns but in alternative markets outside of stocks and commodities, also drawing risk-off flows away from the dollar and the yen.