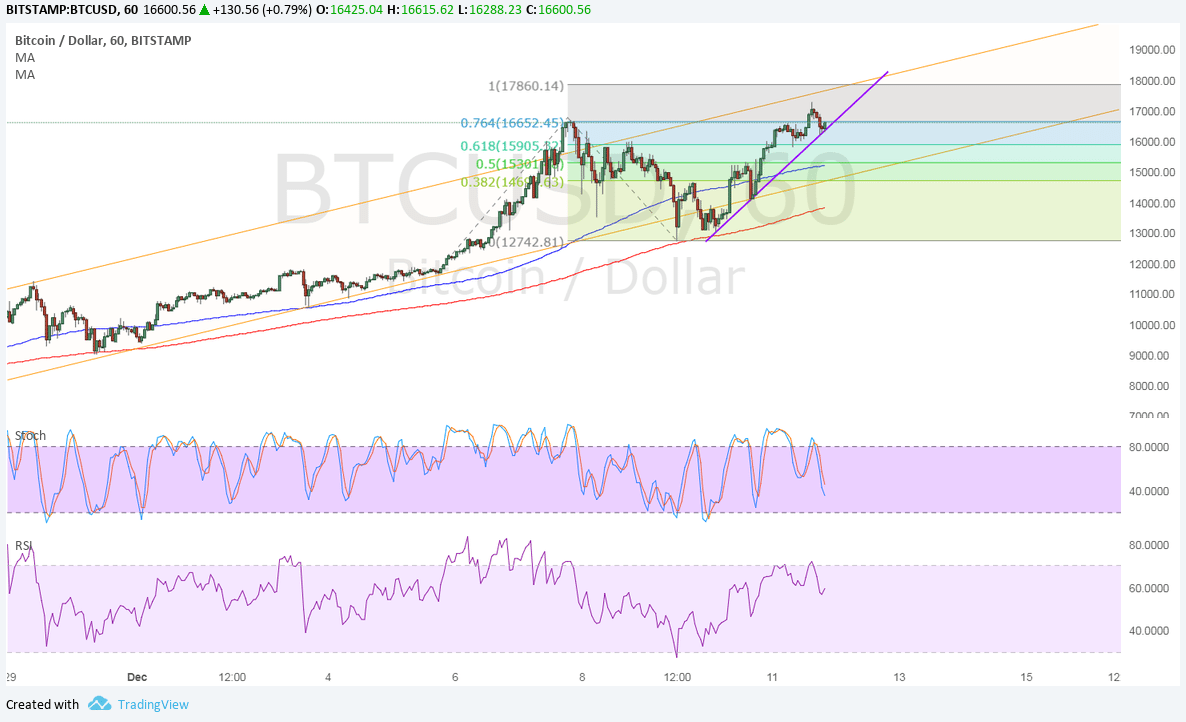 Bitcoin price has completed its pullback from the rally earlier in the month and could be ready to take on new highs.

The 100 SMA is above the longer-term 200 SMA, so the path of least resistance is to the upside. This means that bitcoin price is more likely to sustain the rally than to reverse from the uptrend.

Price is also inside a long-term ascending channel but is closing in on the resistance, which means that profit-taking is imminent. In that case, another dip to the support is still possible. This floor is right in between the moving averages, which might also hold as dynamic support.

Stochastic is heading lower to indicate that selling pressure is in play. RSI is also making its way down from the overbought region to signal a pickup in bearish momentum.

The dollar has been able to hold its ground so far this week as traders might be positioning ahead of the top-tier events. The FOMC decision is coming up and a 0.25% hike is widely expected while US President Trump is due to give his closing arguments on tax reform on Wednesday. This is expected to urge members of the Senate and House to come up with a unified version of the tax bill ready for signing and implementation as soon as possible.

Apart from that, US CPI and retail sales figures are also on this week’s lineup and a strong showing could reinforce tightening expectations for next year, which might buoy the currency higher against bitcoin price.

As for bitcoin itself, the CBOE futures launch has been mostly positive, barring the outage that occurred due to unexpectedly high volumes. CME and Nasdaq will launch their bitcoin futures soon.